Battle of scorecards in Bungoma as governor campaigns intensify

Aspirants have been criss-crossing the county hunting for votes, each is banking on their track record 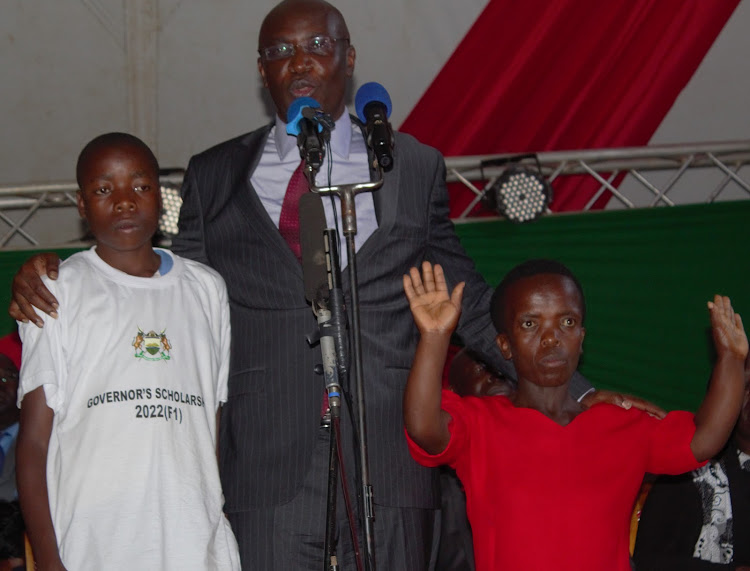 Bungoma Governor Wycliffe Wangamati during the launch of the scholarship in Webuye on April 25
Image: TONY WAFULA

Bungoma Governor Wycliffe Wangamati is facing stiff competition from Senate Speaker Ken Lusaka in his quest to defend his seat in the August 9 polls.

Lusaka is seeking to recapture governorship after losing it in 2017 under the Ford Kenya party ticket, while Wangamati is the Azimio la Umoja aspirant.

The aspirants have been criss-crossing the county hunting for votes, each banking on his scorecard to woe voters.

On Sunday, Lusaka said he is keen on re-introducing the bottom-up economic model which he said he initiated during his term.

He said his administration set aside Sh118 million between 2015 and 2017  to empower small businesses in Bungoma markets.

Lusaka added that when he clinches the seat, he will return the youth and women empowerment funds to support businesses.

"When the current leadership took office, they removed the empowerment fund exposing residents to hardships. Immediately I send Wangamati home, I will restore the fund," Lusaka said.

He promised to maintain them if elected to ensure Bungoma transforms into 24 hour-economy.

"Security lights are very vital in our markets because they help improve safety and our people can close shop late to maximise profits," Lusaka said.

He said his administration used to give 750 bags of subsidy fertiliser to the farmers in every ward but Wangamati has cut it to 200 bags.

Lusaka added that he will double the fertiliser provision in every ward for farmers to enjoy fruits of devolution.

On scholarships, Lusaka said students scoring as low as 150 marks in KCPE will benefit from the school fee kitty.

Wangamati government targets students with 350 and above for the scholarship.

He added that his administration will also focus on nurturing talents by working closely with the national government to improve Bungoma's economy.

Lusaka is enjoying the support of Ford Kenya MCAs in Bungoma.

Wangamati, on the other hand, has challenged his rivals to show what they have done for the people, saying he has a lot to show during his five year-term.

He cites the scholarship programme, a 300-bed capacity hospital, dual carriage way and the Masinde Muliro stadium in Kanduyi as some of his major achievements. 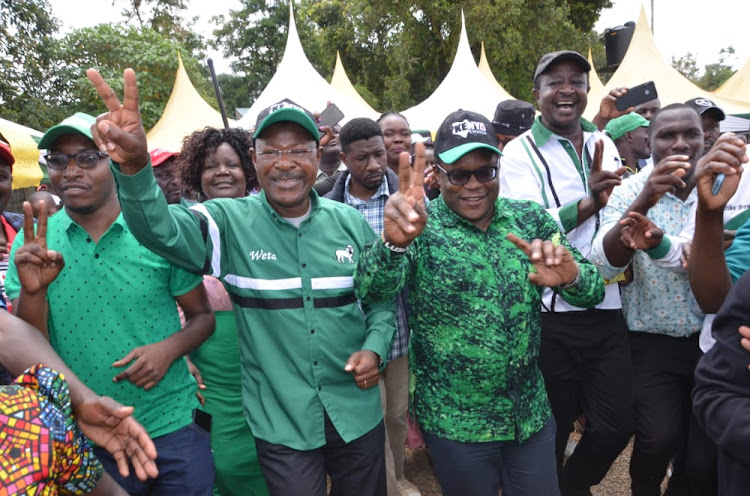 Luhyas to get 30% stake in Ruto government, says Wetang'ula

Assembly accuses governor of allocating scholarships beyond budget, naming fund after himself
Counties
2 weeks ago

Ngome says leaders need to work together towards a common goal.
Counties
1 month ago
“WATCH: The latest videos from the Star”
by TONY WAFULA
Western
09 May 2022 - 22:00