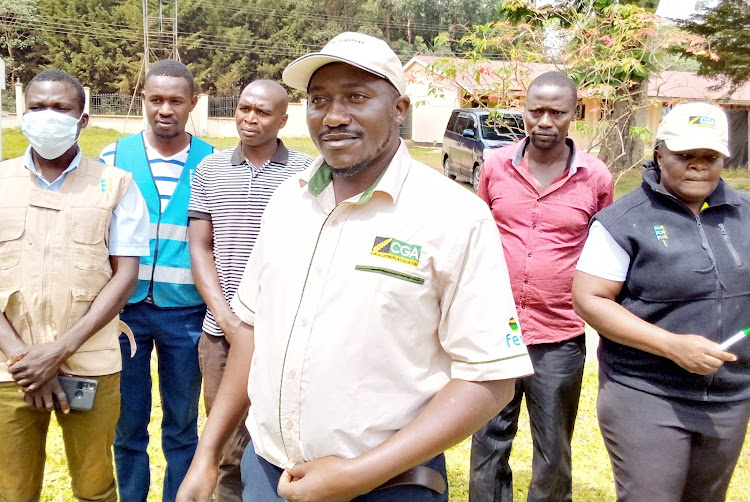 Cereal Growers Association has pledged to support maize and Irish potato farming in Bungoma to increase food in the markets.

Bungoma highly depends on maize for its food and livelihoods as the crop covers 95 per cent of land, especially in Tongaren, Kimilili, Mt Elgon and Sirisia subcounties.

Bungoma is one of the four counties which grow 45 per cent of maize produced in Kenya. The other counties are Narok, Uasin Gishu and Trans Nzoia.

In an interview with the Star during a farmers workshop at Mabanga Agricultural Training Centre, Bungoma agri- business coordinator Walter Mukabwa said the Cereal Growers Association will give training on maize and irish potato farming in 13 counties.

This he said aims at improving maize production to ensure Kenya is rich in food production.

“I have scheduled farmers training workshops in all counties that practice maize farming to teach them on new ways of growing the crop. My organisation is determined to improve the production in counties,” he said.

Mukabwa added the association has placed extension officers in all the nine constituencies in Bungoma who move around to educate farmers on maize production.

“We seek to increase the number of extension officers on the ground so that education is enhanced, Mt Elgon needs more officers because it’s a major production centre of Irish potatoes,” he said.

He said the organisation partners with syngenta, county governments and Yara international to boost agriculture in the country.

Albert Sirengo, a farmer from Naima farmer’s cooperative society in Tongaren constituency lauded the move by the organisation in supporting agriculture in Bungoma.

In his appeal, Sirengo asked the government to help construct roads in Mt Elgon to ease movement and transportation of irish potatoes from the region to other places.

More than 60 Kwale farming groups to be trained on modern farming.
Counties
1 year ago