He said the contention over unpaid salaries and allowances for several months has been a subject matter.

• KNUN Vihiga branch chair Zadock Miheso said that it has been demoralising and heartbreaking that very little has been achieved despite petitioning the county government since 2019. 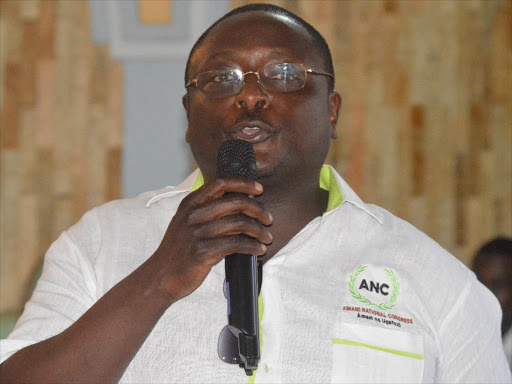 In a statement Wednesday, Khaniri said that he is deeply disturbed by the collapse of healthcare services in the Vihiga county on Tuesday which was triggered by a countrywide strike by health workers.

"Our people across the county are suffering a great deal because they are unable to access services in public health institutions, which is a serious violation of their basic and constitutional right to access to quality and timely healthcare," Khaniri said.

The senator added that he was briefed about the major grievances by the health workers, and where a common compromise has not been reached between them and the county executive which is their employer.

"It is unfortunate to note that whenever conflicts of this nature arise between employer and employees it is the poor residents who often bear the painful consequences of such stand-off," he said.

Khaniri added that the contention over unpaid salaries and allowances for several months and the thorny issue of staff promotions has been a subject matter whose negotiations between the county executive and health workers’ unions have failed to bear fruits for several years now.

"This is despite the petition to the county government way back in 2019 seeking implementation of a progressive process of promoting staff in various cadres in the healthcare department," he added.

He also said that he shall not sit and watch as people suffer over issues that can be resolved amicably.

"The county executive’s duty is bound to ensure residents access services irrespective of whatever dispute is happening between the executive and the health workers, the senator added.

Khaniri has called upon the executive under the leadership of the governor and the health executive to move with speed and convene a forum with health workers’ representatives with a view to avoiding such stalemates in the future.

"I also urge our health workers to be flexible and find a common ground with the executive so that crucial services in our hospitals are not interfered with, "Khaniri said.

Kenya National Union of Nurses Vihiga branch chair Zadock Miheso said that it has been demoralising and heartbreaking that very little has been achieved despite petitioning the county government since 2019.

“Since 2019, none of our members from the four unions has been promoted. This has created a backlog of officers who are still waiting for their promotions,” Miheso said.

Vihiga health workers to down tools for lack of promotions

Health services likely to be disrupted next week if demands are not met.
Counties
1 month ago

The assembly has been allocating 51% of the budget to the health docket each year.
Counties
1 month ago
by TRACY MUTINDA Lifestyle, Entertainment Writer
Western
27 October 2021 - 15:59