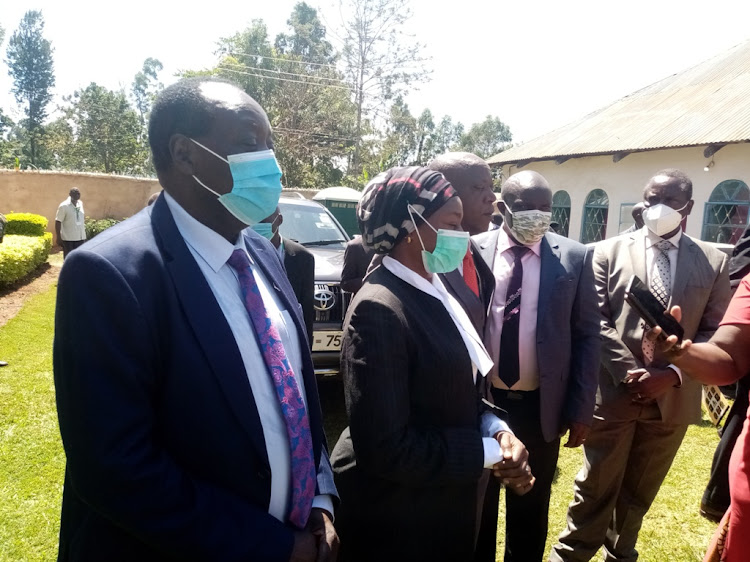 Vihiga county assembly has launched its first Bunge Mashinani where residents will join their elected MCAs in discussing issues that directly affect them.

Speaker Hasna Mudeizi said the locals will now interact with  MCAs directly via their committees.

Mudeizi said under those committees, locals will also be able to raise issues that are affecting them so that the house can deliberate on them too.

In a press briefing, Mudeizi said Bunge Mashinani will also enable the locals to engage their leaders who have been elected to the assembly.

“We are bringing this assembly to the people. We want them to understand how laws are formulated as well,” Mudeizi said.

“We also want them to cross examine their leaders and what they were elected for.”

He said that will bring sanity among the leaders and the people.

The session, which was held at the Mumboha church of God in Luanda township, started with a debate on issues affecting residents.

In a motion tabled by area MCA Tom Atingo, he said Luanda town in its capacity qualifies to be upgraded to a municipality.

He said a municipality will have its fire engine, garbage collecting trucks, sewage system and a dumping site, as well.

He further said Bunge Mashinani will ensure there is transparency and accountability.

Governor Ottichilo, who was present in the event, urged the MCAs to ensure they are delivering their best to the people who elected them.

“Bunge Mashinani programme is the only place where we can showcase what we have done and is also the avenue where we can get information from locals on what they think,” Ottichilo said.