Residents say they live in fear of brutal attacks and loss of property.

• Leaders and residents from Kimilili in Bungoma county have expressed fear of increased crime.

• The residents cite brutal killings and loss of property. 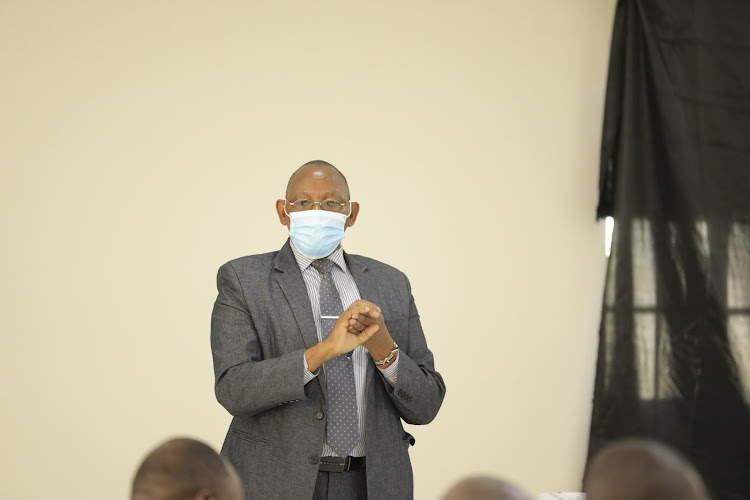 Kimilili leaders and residents have expressed fear over increased criminal activities blamed on the 42-member gang.

The residents say they live in fear of brutal killings and loss of property.

This comes shortly after two people were murdered on Tuesday night in separate bizarre incidents.

The victims were hacked several times in the head with a machete.

In one case, the body of a 35-year-old man with several deep panga cuts was found on the roadside in the Kambini area on the outskirts of Kimilili town.

Another incident happened in Maeni where a middle-aged man's body was found in a pool of blood due to panga cuts.

The death toll has now risen nine people killed in a span of three weeks in the subcounty.

David Shiundi, a resident, said the two incidents have confirmed that insecurity in the area has gone out of control.

David Masinde from Matili area appealed to Bungoma county commissioner Samuel Kimiti to transfer all police officers who have overstayed in the area, accusing them of colluding thugs to terrorise residents.

"We want Interior Cabinet Secretary Fred Matiang'i and Inspector General of Police Hillary Mutiambai to bring the police more vehicles for patrol and increase police posts across the constituency to curb runaway insecurity," he said.

Masinde said the officers need to up their game and have more patrols as most of the thugs have been killing security guards and making away with television sets in restaurants.

"We want to ask our governor, Wycliffe Wangamati, and other leaders to help us address this challenge that has seen innocent lives lost," he said.

Sara Namakhele, a trader in Kimilili town, said the insecurity situation threatens to scare investors away.

Last week, area MP Didmus Barasa called on the police to step up patrol and hunt down the suspects.

The gang is said to comprise bodaboda riders and was allegedly formed by local politicians. It was responsible for many killings in the Western region before it was wiped out by police.

County commisoner Kimiti said DCI officers are pursuing the gang. He urged residents to cooperate with the police to arrest the thugs.