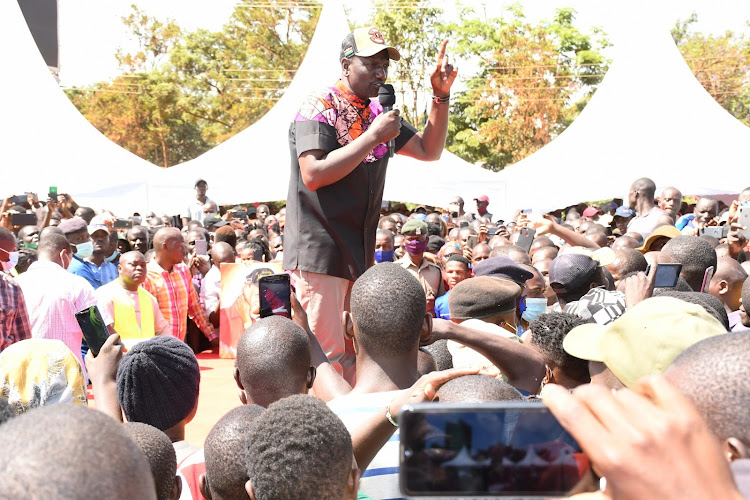 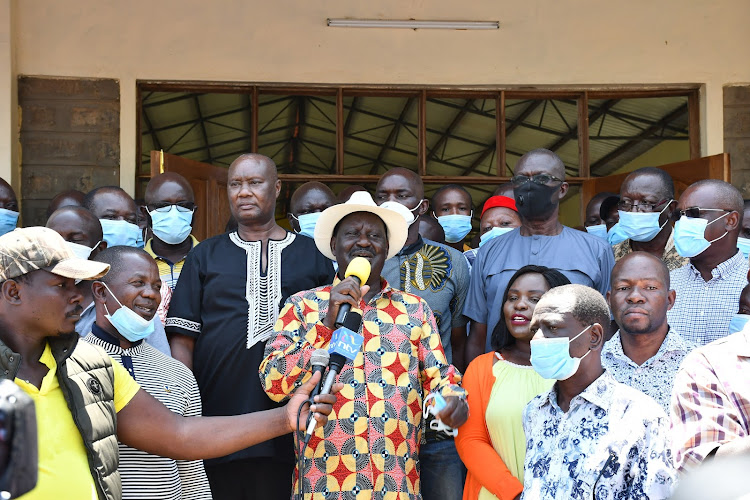 A political contest is shaping up in Busia with Deputy President William Ruto making inroads into a region that has largely been the stronghold of ODM leader Raila Odinga.

Both leaders have visited the border county in the last three weeks in what pundits see as laying the ground for 2022 campaigns.

The two visits have sparked rivalry among supporters of ODM and the UDA party that is increasingly getting associated with Ruto.

Ruto’s Friday crowd gave the orange party the signal that there was extra work to do to retain its support in the county.

It was the first time since 2013 when Ruto received a rousing welcome in Busia. The county has seven constituencies.

Residents say the DP's dalliance with hustlers has earned him some support, particularly among the youth. That support may eat massively into ODM's following.

Those supporting Ruto say they have not benefitted much from development especially in infrastructure for the period they have supported Raila.

They argue it is time the county shifts its support to Ruto who on Friday helped raise Sh4 million in aid of boda boda associations in Budalang’i, Funyula, Matayos and Teso South constituencies.

The DP is expected to return to Busia to fundraise for boda boda associations in Teso North, Nambale and Butula constituencies. The date for the fundraiser has yet to be set.

Susan Mangeni who unsuccessfully ran for the Woman Rep seat in 2017 said it was time residents rethink their support for Raila.

Mangeni was among the leaders who welcomed Ruto to Busia. She said the DP was better placed to help residents and that his fundraisers signify he means well for residents.

“I associate myself greatly with development and any development-oriented leader is a yes for me and our people. I am impressed by the overwhelming messages of goodwill that I continue to receive from the people across the county. Men and women, old and young are all excited and have vowed to hustle together with Deputy President William Ruto all the way to 2022,” Mangeni said.

“Indeed this is a demonstration of our awakening. Politics of hate and intimidation has only served to retard development in our county.”

She said parties like ODM should show why locals should back them moving into the future.

“It goes without saying that whereas in Busia we are blessed with abundant natural resources, we are now competing with poverty. Interestingly we are now a marginalised county.”

Mangeni ran on the ANC party ticket in 2017. She lost to Florence Mutua of ODM.

“The very people who have presided over our suffering through their machinations of politics of hate, intimidation and underdevelopment, are now asking us to hate on the Deputy President who has demonstrated his willingness to empower our people,” Mangeni said.

“They want us to hate the DP on their behalf to oil their selfish interests as poverty eventually becomes our surname.”

ODM chairman for Busia Innocent Oluku said Ruto and his UDA party have no strong grassroots structures to dislodge the orange party from the support it enjoys in the county.

Oluku said claims by opponents that ODM support was waning are propagated by people who have failed to build strong structures for their respective parties.

“Of all the leaders in Busia, who was there to welcome Ruto when he came? It was only [former Teso South MP] Mary Emase,” Oluku said.

“The other day Raila was in Busia town and everything went on a standstill. There was no activity in town, businesses closed because people went to receive Baba. UDA won’t manage the strength of ODM in Busia.”

Those shifting their support to Ruto accuse Raila of doing little to ensure residents get key government appointments.

Former Teso South MP Mary Emase said the rousing welcome the DP received was a gesture of a people awakening to new realities.