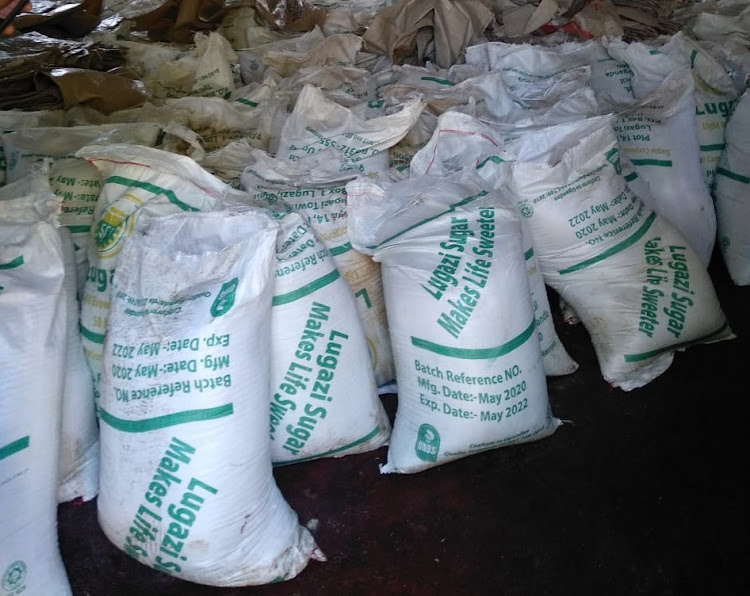 KRA officials have arrested six people suspected of smuggling 550 bags of sugar into the country.

It is believed to have been smuggled from Uganda as Lugazi Sugar Factory is based in the country.

The officers were acting on intelligence when they arrested the six at the home of one of the suspects at Sikata, off Kimilili Road in Bungoma County.

KRA in a statement on Thursday said the suspects are believed to have been smuggling and repackaging the sugar, contrary to the East African Community Customs Management Act (EACCMA), 2004.

Other items found in their possession were several empty bags suspected to be used for repackaging the product.

Another 117 bags of sugar packed in Butali Sugar Mills Ltd bags were found in one of the suspect’s shop located along the Malaba–Webuye highway.

The suspects were detained at Bungoma police station and will be arraigned on Friday, October 30.

KRA Western regional coordinator Mercy Njuguna in a press statement said the agency had stepped up border surveillance at all points of entry to curb  smuggling.

On September 10, 2018, KRA spearheaded the destruction of 728 bags of illicit sugar intercepted while being smuggled into the country through Wajir.

There has been a constant uproar in Kenya’s sugar growing regions over illegal importation of sugar into the country. Farmers and other stakeholders in the industry largely blame the outlawed imports for the collapse of the sugar sector in the country.

The accused are suspected to have been smuggling and repackaging the sugar.
News
1 year ago

A Western MP has threatened to name politicians from the region whom he has accused of playing key roles in the smuggling of contraband sugar into ...
News
6 years ago