The company has been crippled by heavy debts and a lack of raw materials.

• The national Treasury pumped Sh3.7bn in the company’s turnaround programme.

• A receiver manager appointed by the Kenya Commercial Bank runs the miller. 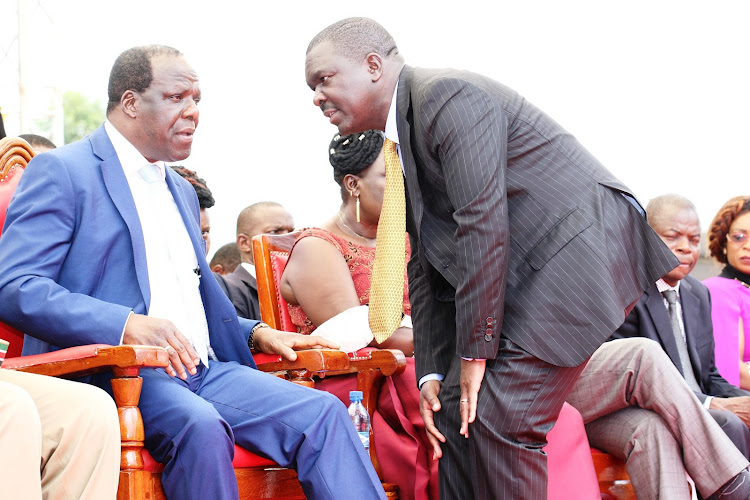 Oparanya said on Sunday that the meeting in Nairobi last Friday explored several possibilities of reviving the giant miller that has been shut down for more than a year.

The company has been crippled by heavy debts and a lack of raw materials.

“I am optimistic that the company’s production capacity will increase once it is revived. We believe the revival is possible,” he said.

The county government, the Kenya Commercial Bank, the receiver manager,  lenders and other stakeholders support a hybrid receivership plan.

The stakeholders have formed a five-member committee to oversee the revival programme for the miller.

On November 5, the receiver-manager PVR Rao terminated all employment contracts of over 600 workers at the miller as the takeover took effect.

Sugarcane is the only cash crop in Kakamega and the collapse of the company would have far-reaching effects on the economy of the county.

The governor spoke during the burial of Gilbert Lubanga in Iranda village, Butere subcounty on Sunday.

The current push to revive the miller and save it from an auction is perhaps the final attempt after earlier efforts by the National Treasury failed to bear fruits.

The Treasury pumped Sh3.7bn in the company’s turnaround programme and paid cane farmers their arrears amounting to over 700m.

Meanwhile, the governor assured residents that he would implement his campaign promise of connecting all households with electricity and piped water before the next general elections.

Oparanya said the county government will begin the installation of power transformers in all the 60 wards.

"We are committed to lighting the entire county by connecting at least 100 homes to a single electrical power source,” he said.

The governor said that his administration had partnered with the Rural Electrification Authority (REA) which has been given money to purchase the transformers and implement the programme.

He said the programme will be implemented alongside an initiative aimed at supplying piped water to all households in the county before 2022.

Oparanya said that the high uptake of subsidized farm inputs by his government had improved the county’s food security.

He cautioned farmers against selling their maize harvests to middlemen who have swarmed the region.

The county chief challenged the Luhya community to shun divisive politics and embrace other communities in the search for the country’s presidency.