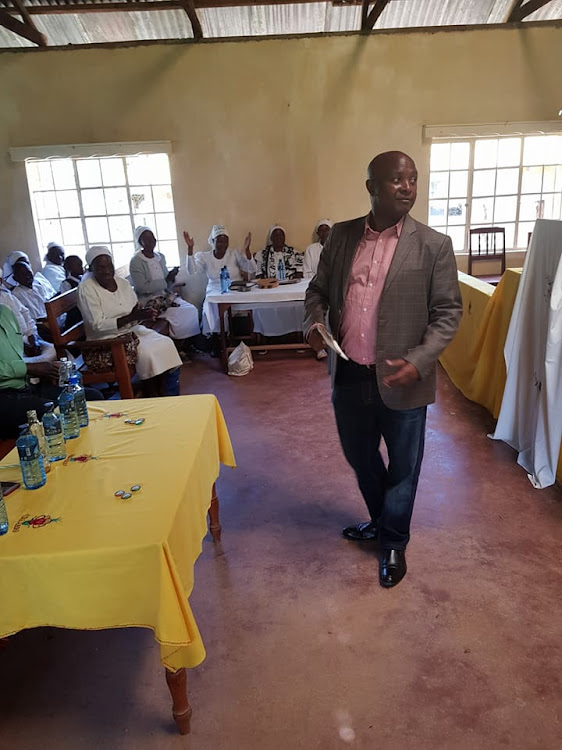 Deputy President William Ruto is opposed to the Building Bridges Initiative so he can be invited to the discussion table,  ANC nominated MP Godfrey Osotsi has said.

“BBI is on the way and Kenyans should prepare for it and expect greater changes and reforms in this country," he said.

Osotsi spoke at Kima in Luanda subcounty over the weekend during a fundraiser to support boda boda youth in Emabungo ward.

He said Kenyans are tire of violence at every election and deserve an end to the trend.

The lawmaker said BBI is the only way out of the wrangles that have been experienced in the country after every election.

The BBI will ensure inclusivity of both majority and minority communities, he said.

Osotsi said the DP’s stand against the BBI was meant create attention for him to be considered as part of the discussions.

The BBI team completed its work last month but is yet to present its report of the two principals who commissioned it, President Uhuru Kenyatta and ODM leader Raila Odinga.

On the Kibra by-election that was held last Thursday, the MP said the poll provided important lessons to learn.

“The 5,000 votes Eliud Owalo got in the recent past Kibra by-election were the result of his own efforts,” Osotsi said.

He said party leader Musalia Mudavadi added zero votes to Owalo’s basket. He was the ANC candidate. He merged position three after Imran Okoth of ODM and MacDonald Mariga of Jubilee.

“Sixty per cent of Kibra constituency is made up of the Luhya community but Owalo scored below 30 per cent,” Osotsi said.

He said the votes garnered by Okoth were an indicator that Raila Odinga was still powerful in Kenyan politics and popular among the luhya community.

The lawmaker said he was not at war with Mudavadi or Ford Kenya party leader Moses Wetangula but urged them to up their game in the political arena.

He urged the two not to mess up with the political heavy weights in the country when calculating for 2022.

“When you mess up with Uhuru Kenyatta and Raila Odinga, your calculation come 2022 will hit a snag whether you like it or not,” Osotsi said.

In another different function in Vihiga subcounty, Senator George Khaniri said Kenyan leadership is not for two tribes only.

“Let other communities also taste the leadership and feel that they are part of the country,” Khaniri said.