[PHOTOS] Glamour as drama festivals kick off in Bungoma county

• The fourteen day event that will run from April 3-13 and is expected to host over 15,000 participants.

• The event that is being hosted for the first time in Bungoma County will be held at Kibabi teachers Diploma College, St Mary's Kibabi boys, Cardinal Otunga Girls and Kibabi University. 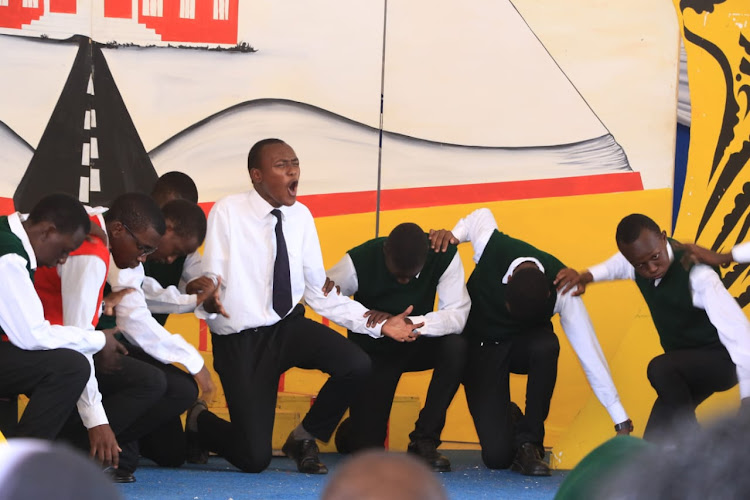 The 60th national drama and film festivals kicked off on Wednesday at Kibabi University in Kanduyi constituency Bungoma County.

The 14-day event that will run from today (Wednesday) 3rd to 13th April is expected to host over 15,000 participants.

The annual event whose theme is promoting moral responsibility among the youth through theatre and film will be sponsored by the Kenya film classification board in conjunction with the Ministry of education.

The event that is being hosted for the first time in Bungoma County will be held at Kibabi teachers Diploma College, St Mary's Kibabi boys, cardinal Otunga girls and Kibabi University.

Addressing the press at the institution on Wednesday director in charge of co-curriculum activities at the Ministry of education Patrick Sirengo Khaemba said that as a ministry they are well prepared to ensure learners from all levels of education are participating in the competitions in a smooth and organized manner.

"We have had this students vigorously participate at the regional levels and want to welcome them to socialize, educate and entertain well in this celebrations here in Bungoma for the nationals,” he said.

Khaemba said that the adjudicators in the festivals are men of integrity who are seasoned and will be fair in the competitions.

Prof CJ Odhiambo chairman Kenya National Film and Drama festivals said that the unique thing about this year's celebration is that all the performances will be held within one space in a one stop shop. 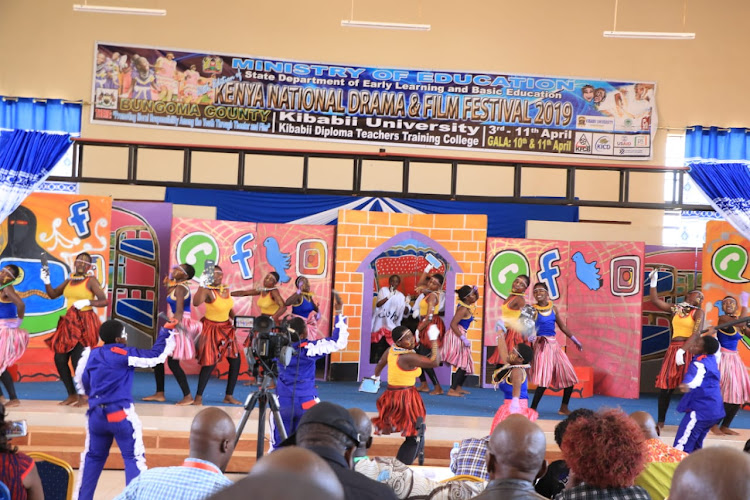 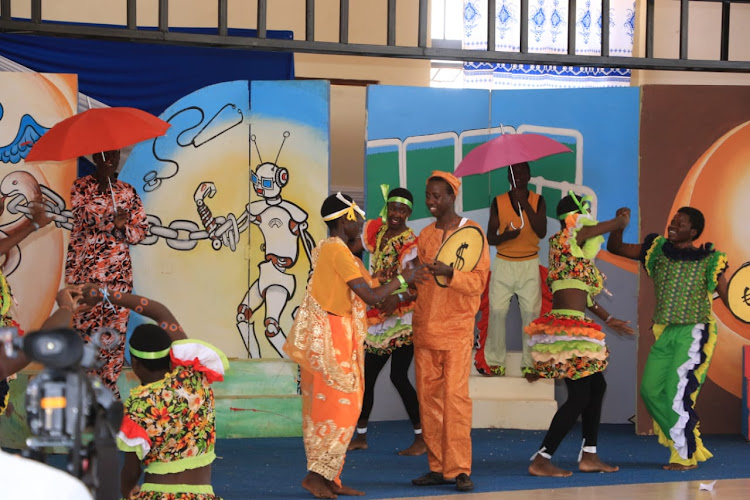 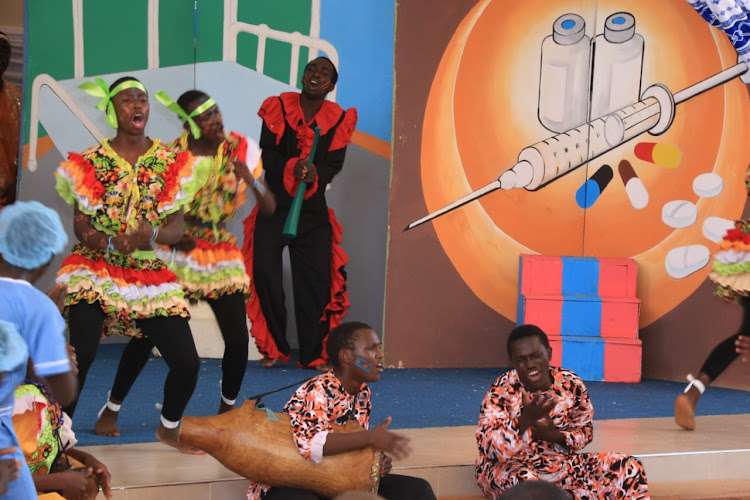 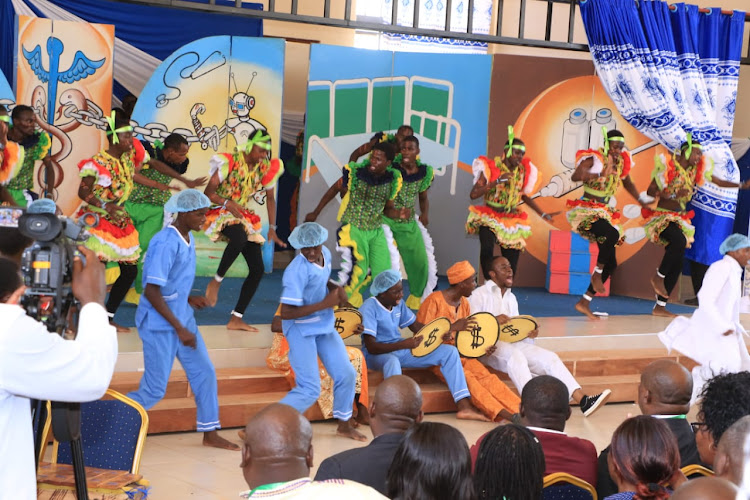 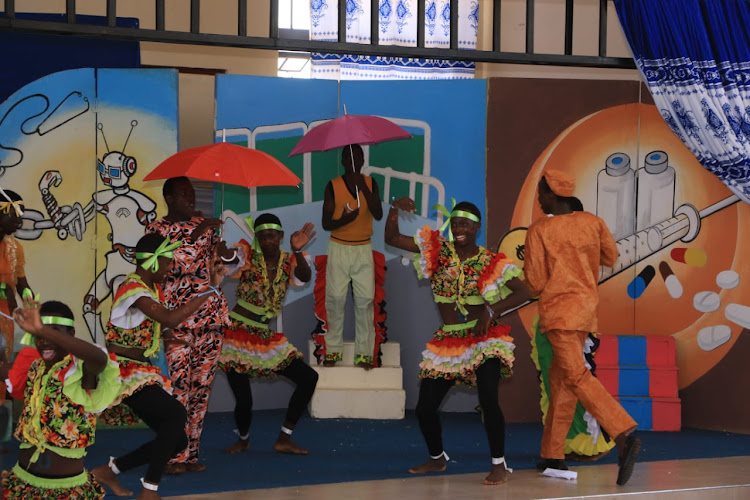 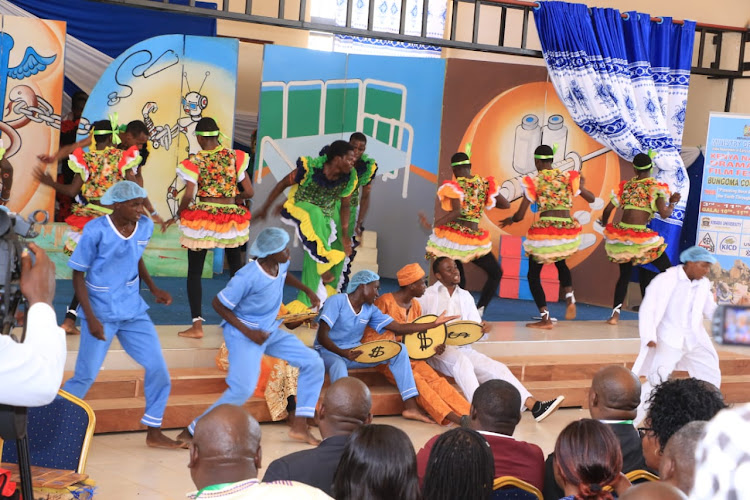 'This is the first time we are having these festivals in a university where all the participants including the young ones from ECD will stay at a university,' he said.

Odhiambo said that the students have a lot of talents to showcase that will be used in future creatively to help build the country's economy.

He urged residents of Bungoma and other parts of the country to join the festival in celebration of the country's knowledge, creativity, imagination culture and ways of life through their performances.

Executive secretary Kenya National Drama and Film Festival James Indimuli said that this year a new genre of the spoken word has been introduced.

He said that spoken word Poetry is being massively embraced and is seen as one of the greatest sources of entertainment.

Kakamega senator Cleophas Malala who was in attendance said that he will take a policy to the Senate that will ensure all copyright of the performances and Kenyan artists will be cushioned from piracy.

"We want these students to benefit from this plays, narratives and songs so that they may utilize their talents well," he said.

The senator said that Senate deals with devolved matters and talents are also devolved and he will ensure that the matter is well taken care of.

The event will be officially opened on Thursday by Bungoma governor Wycliffe Wangamati.

This comes even as Bungoma high school students were banned from participating in the festivities due to indiscipline.

The 92nd edition of the Kenya Music and Cultural Festival is being held in Meru.The festival runs from November 23 to November 29. More than 30,000 ...
News
2 years ago
by BRIAN OJAMAA Correspondent, Western Region
Western
03 April 2019 - 20:06