Muthoni was allegedly murdered by her boyfriend after an altercation 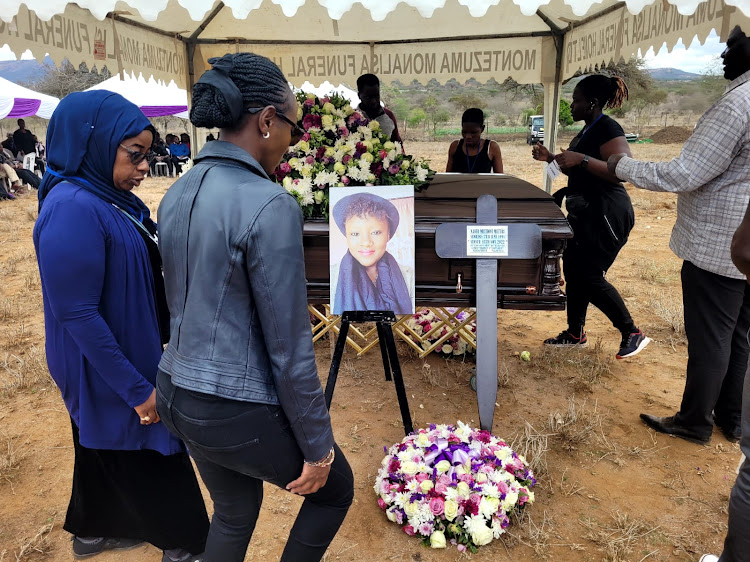 The body of deceased Naneu Muthoni was buried at Bisil, Kajiado on Tuesday afternoon.

The 31-year-old was murdered by her boyfriend in Langata, Nairobi on Sunday, November 13.

Muthoni’s killer, Thomas Muthee, was arrested on November 18, five days after Muthoni’s body was found in his house in Onyonka Estate, Lang’ata, Nairobi.

Those who spoke during the burial ceremony, including Muthoni’s mother, Grace Naisesoi and father, Sam Muturi, urged the youth to employ tolerance to each other in their relationship.

Muthee was on the run until he was arrested in Malaba - along the Kenya-Uganda border. 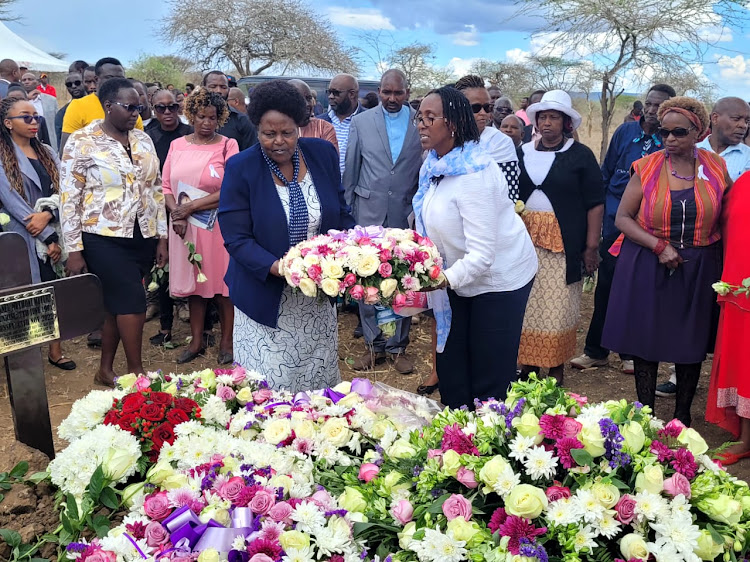 At the time of his arrest, some of the deceased’s personal effects were recovered from the suspect, according to DCI reports.

"The suspect is believed to have masterminded the gruesome murder of his lover, whose lifeless body was found sprawled on a sofa with a deep cut on the forehead and blood oozing from her nose,” the DCI said in a statement.

The DCI’s forensic unit also reported that blood spatter had also been found on the walls and floors in Muthee’s one-bedroom house.

Muthoni’s family had been searching for her for two days before she was finally discovered in Muthee’s house located a few meters from her family home.

Her parents, it is said, had been against the relationship after discovering that Muthee used to beat her, but she would not be dissuaded from continuing with the relationship.

Man kills self after stabbing girlfriend to death in Juja

Jilted lover kills man at his ex-girlfriend's house in Kitale

The girlfriend died on arrival in hospital.
News
3 months ago

Man kills self after hacking wife in Makueni

The deceased hang himself on a tree trunk after slashing his wife with a Panga.
Counties
8 months ago
Post a comment
WATCH: The latest videos from the Star
by KURGAT MARINDANY Correspondent
Rift Valley
22 November 2022 - 15:59
Read The E-Paper