Hopes dashed as many families remain hungry in Kajiado

•Maasai women in Loitokitok are now jamming the Illasit border post with Tanzania to pick maize droppings at a local weighbridge to feed their children.

•The Star witnessed several women picking dropped dry maize at Illasit on Wednesday morning as the number of trucks carrying maize from Tanzania has drastically come down. 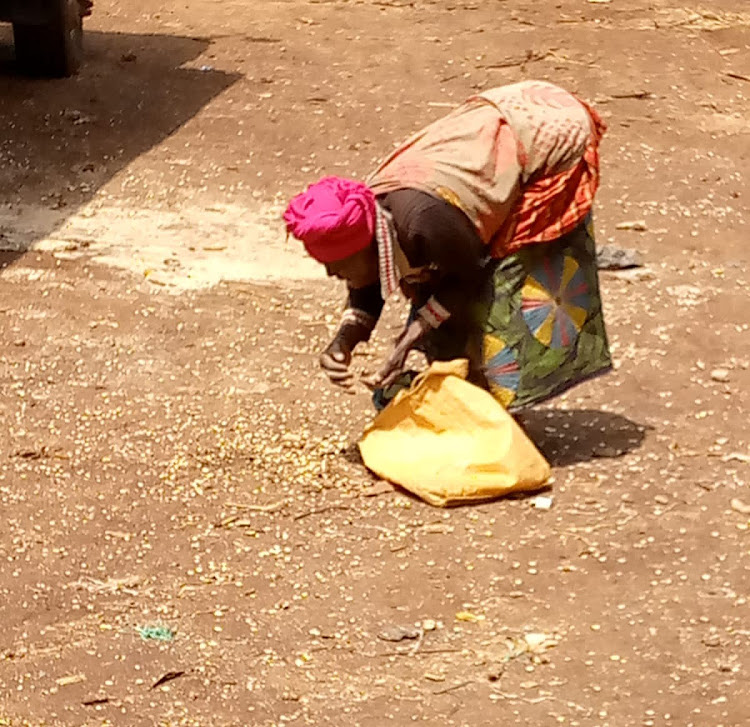 Hunger in Loitokitok is pushing women to ravage for maize droppings at the border of Kenya and Tanzania in Illassit in order to feed their children.
Image: KURGAT MARINDANY

As the short rains begin to hit parts of Kajiado, several families in Namanga, Mashuuru and Loitokitok claim they have not received food donations.

Maasai women in Loitokitok are now jamming the Illasit border post with Tanzania to pick maize droppings at a local weighbridge to feed their children.

Maize from Tanzania coming into the country is reduced from 140kg to 90kg per bag at Illasit post and in the process some maize drop at the weigh-bridge.

The Star witnessed several women picking dropped dry maize at Illasit on Wednesday morning as the number of trucks carrying maize from Tanzania has drastically come down.

“This is what we feed our children with. We have never seen food from the county or the national government. We are very hungry and it seems we have been neglected,” said Mary Silantoi.

Sylvia Senteyo, a businesswoman dealing with cereals and based in Kimana town said on Wednesday the number of women picking dropped maize at Illasit has come down because the cereals from Tanzania have also dropped.

“We used to have about 200-250 women from Kenya pitching camp here at the border post to wait for maize at night. The situation is dire, indeed,” said Senteyo.

Senteyo claimed that most people in the Loitokitok region have not received food relief and most of them cross into Tanzania to beg from the farmers there.

In Namanga, a Nyumba Kumi elder Uhuru Sirote claimed he made three lists of the starving villagers in two months, but those distributing famine relief food has not yet reached them.

“People are starving. The people of Namanga voted for the UDA and they are now being punished because of that. The county government should not be part of those distributing relief food,” claimed Sirote.

Namanga region is in the Kajiado Central subcounty.

It is the same story in Mashuuru, where most families claimed they only read newspapers and see on TV food being flagged off from the county headquarters.

“We see on TV many trucks being flagged off to various destinations. That food has never reached us,” said Alex Ntaisi.

A check on the price of maize in Loitokitok town on Wednesday revealed that a bag of 90kg has risen from Sh5,500 to Sh6,000.

Senteyo said the cost of maize went up after the supply from Tanzania went down.

“We are now relying on Maize from Kitale but the cost has also shot up,” said Senteyo.

Kenyan rice in Loitokitok is now being sold at Sh100 per kg, while the same amount from Tanzania goes at Sh60.

It rained heavily in Loitokitok on Tuesday for 5 hours and on Wednesday, light rains continued in Kimana, Illasit, and Rombo.

The region normally receives short rains from November 15 to mid-December.

Most farmers came out to plant beans on Wednesday with hopes that the rains will continue up to December. 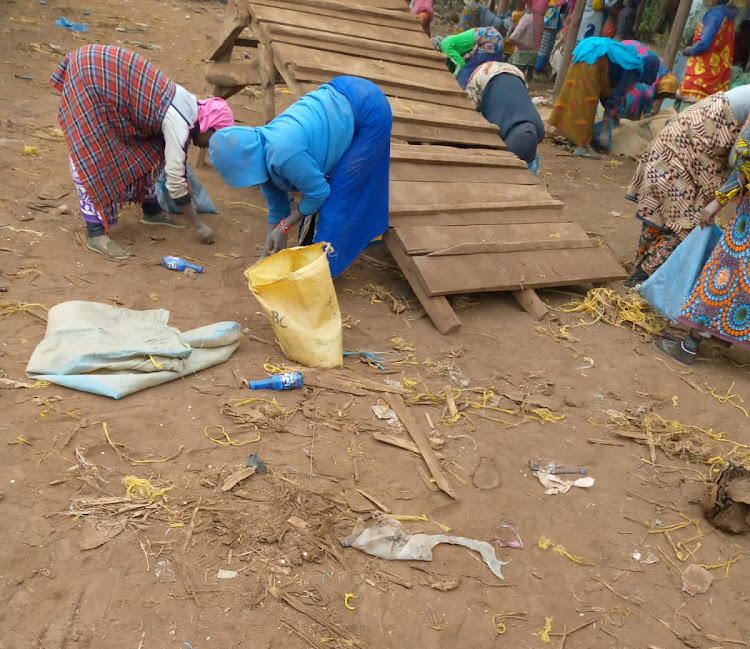 Loitokitok women at the Illasit border of Kenya and Tanzania picking maize droppings that is the recipe for feeding their families. The women may pick the droppings for even an entire day and get less than one kg of maize.
Image: KURGAT MARINDANY
Post a comment
WATCH: The latest videos from the Star
by KURGAT MARINDANY Correspondent
Rift Valley
17 November 2022 - 22:30
Read The E-Paper