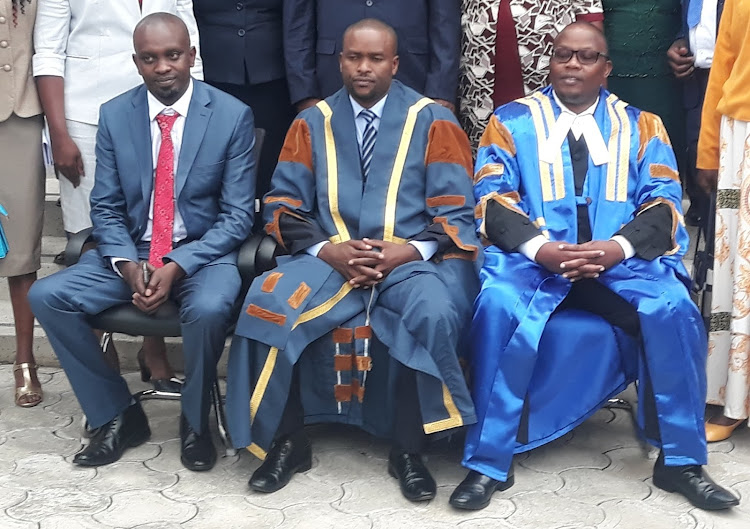 Maina trounced eleven candidates to take the seat with 50 votes out of the 75 votes.

Initially, he got 36 votes against his main competitor, Martin Kagai's 33 votes in the first round.

The exercise moved to the second round because none of the contestants got the two-thirds threshold.

Maina who was an Member of County Assembly for two consequent terms emerged the winner in the second round with 50 votes against Kagai's 25 votes.

He did not defend his seat in the 2022 general elections as he had made his mind to seek a higher leadership mandate.

In his acceptance speech, Maina promised to diligently serve all the people who require his service without discrimination.

He said the third assembly was sitting in an interesting time when devolution is getting entrenched in the governance structure after its advent in 2013.

“The system has not become of age and the Assembly was a critical component in the wheels of devolution because it has the constitutional duty of ensuring that the objectives and principles of devolution are fully realised,” he said.

Maina promised to ensure that the Assembly discharges its constitutional mandate in a sensitive and robust manner.

“The electorate and other stakeholders are looking up to this House to come up with appropriate legislations and policies that will have meaningful impacts to the people of Nakuru,” he said.

He said he will serve all members with dignity, respect and fairness regardless of their political affiliations.

“Political differences should not be viewed as a weakness but should be treated as an avenue of providing competing ideas to strengthen democracy and make the House more vibrant,” he added.

Ngware garnered 47 votes against Tonui's 13 votes from the 72 members who voted.

Tonui was the deputy speaker in the first and second assemblies.

Post a comment
WATCH: The latest videos from the Star
by LOISE MACHARIA
Rift Valley
22 September 2022 - 00:56
Read The E-Paper