Violence made worse by climate change, drought, effects of Covid-19.

• Aims to end FGM, child marriage, violence against women and promote equality and leadership. Urges women to speak out. 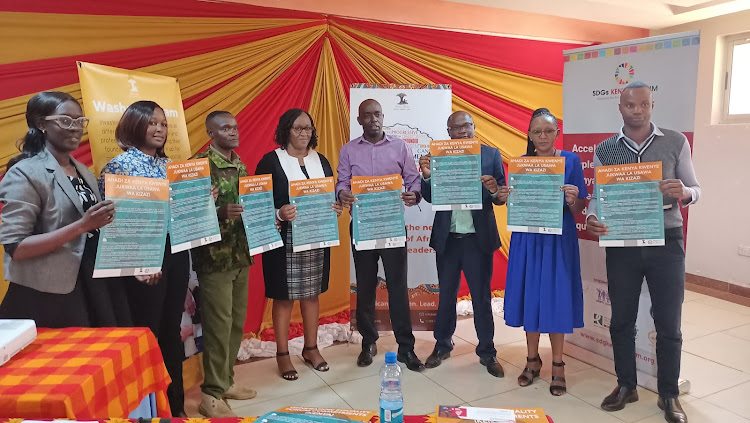 The Gender Equality Forum in Samburu has pledged to end gender-based violence in Samburu by 2030.

The forum, just launched, will work through the Akili Dada Initiative and the Sustainable Development Goals for Kenya.

Speaking during the launch in Maralal town Thursday, SDG Kenya forum gender officer Mary Mumo said together they aim to end FGM, child marriage and all forms of violence against women and girls.

Mumo said the SDG Kenya forum has several targets, but its main focus in Samburu is working on gender equality and ending all forms of violence against women.

She said the GEF commitments were made in 2021 by several governments, after adopting the 1995 Beijing Declaration. Kenya has made three commitments on ending GBV.

“We are launching a gender equality forum for Samburu to strengthen our commitment to ending all forms of violence against women and girls by 2030 at the county level. Violence is made worse by poverty, the ever-worsening effects of climate change and the impact of Covid-19.

Emma Mogaka from Akili Dada said their role is building the capacity of young women and girls as leaders in schools or places of work.

“We are committed to empowering young Samburu women and adolescent girls by encouraging them to speak on their own behalf and be agents of change,” she said.

Mogaka appealed to Samburu women to be actively engaged in different platforms they have access to, from community to the national level, so their voices can be heard.

Assistant county commissioner George Murage welcomed the launch of GEF in Samburu, saying it has been experiencing various forms of GBV.

Murage said the national government will ensure the commitments are implemented to end all forms of violence against women in Samburu.

She says nominations have given women strength to run for elective posts.
News
1 week ago

Over 942,500 children between six months and five years suffer from acute malnutrition.
Counties
2 months ago

NJUGUSH: It's Time to have bold conversations on GBV

GBV is not just assault that happens in the home.
Opinion
1 month ago

Why we don't report GBV to cops — Nairobi women

Police response to GBV will be firm, UN tells Kenyans

Say over 140 commanders and 600 police officers have been trained on election.
News
2 months ago

Safe shelter for survivors of GBV launched in Lamu

The Sh6 million facility will provide refuge to men, women and children.
Counties
2 months ago
Post a comment
WATCH: The latest videos from the Star
Rift Valley
22 September 2022 - 22:00
Read The E-Paper