Security tightened in North Rift as polling info passed out

• NCIC has identified Uasin Gishu as one of six potential hot spots and clusters where election violence is possible.

• The IEBC begins to distribute information about the general election to residents. 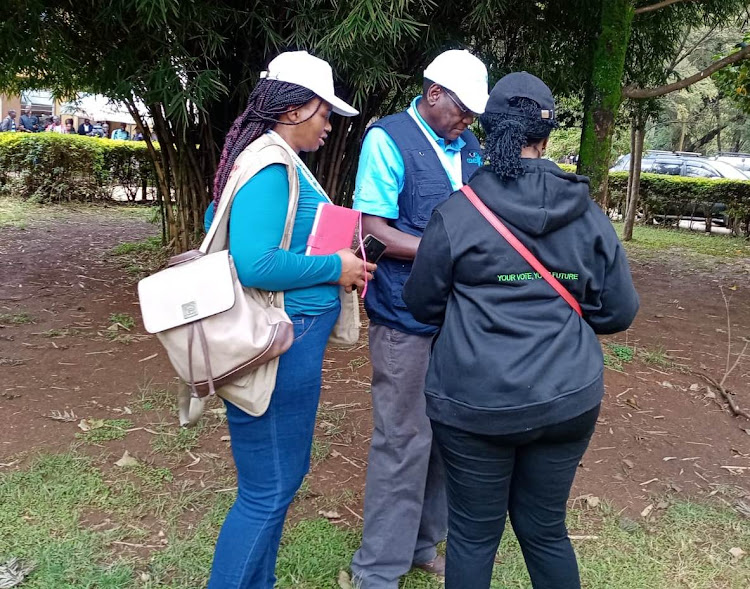 Security was further tightened in most parts of the North Rift on Monday as the IEBC started distributing information materials to all polling stations in the region.

Deputy President William Ruto will cast his vote at Kosachei Primary School near his rural home at Sugoi in Turbo constituency, where security has also been tightened.

Contingents of GSU officers and other security teams were moved to strategic areas to ensure security was maintained in all areas throughout the voting.

The National Cohesion and Integration Commission has identified Uasin Gishu as one of six potential hot spots and clusters where election violence is possible.

County returning officers said all systems were in place and polling stations would open at 6am as scheduled.

Uasin Gishu county returning officer Irene Mutai said they were working well with all other agencies including the police to ensure the election would be smooth.

“We have everything in place including security arrangements and so far we do not anticipate challenges,”Mutai said.

Observers from various missions went round the region to witness the distribution of polling material.

Separately, bishops and muslim clergy in the Rift Valley held a joint meeting in Eldoret where they called for peace and unity in the region as the county heads to the polls on Tuesday.

Catholic Bishop Dominic Kimengich and chairman of the region's imams Abubakar Bini led the clergy in urging residents to turn out and vote but ensure they maintain peace.

“We make a passionate plea to our people that the time had come for them to exercise their democratic right to vote but they must do so while keeping peace and unity,” Bishop Kimengich said.

He said the clergy were confident the government and IEBC had put in place effective measures to ensure the elections would go smoothly.

“We also urge the IEBC to ensure it does its work effectively to deliver a free and fair exercise that will strengthen the country’s democracy," Kimengich said.

Bini said they were happy the campaigns had ended peacefully in most parts of the country and urged Kenyans to maintain the same maturity in the general election.

“Throughout the last month of very heated campaigns, we have witnessed very few incidents of violence. We thank our politicians and Kenyans for keeping our country peaceful and united," Bini said.

He said the clergy would also participate in observing the polls to ensure they are free and fair.

The European Union, US embassy and British High Commission are among the observers deploying accredited teams to the region; some started monitoring the process two weeks ago.

Some observers also met IEBC officials and the clergy to discuss the situation.

County commissioner for Uasin Gishu Stephen Kihara said security teams have been put in place to ensure movement of goods and people will go on smoothly.