"Let's stop using demeaning words against other tribes whether big or small." 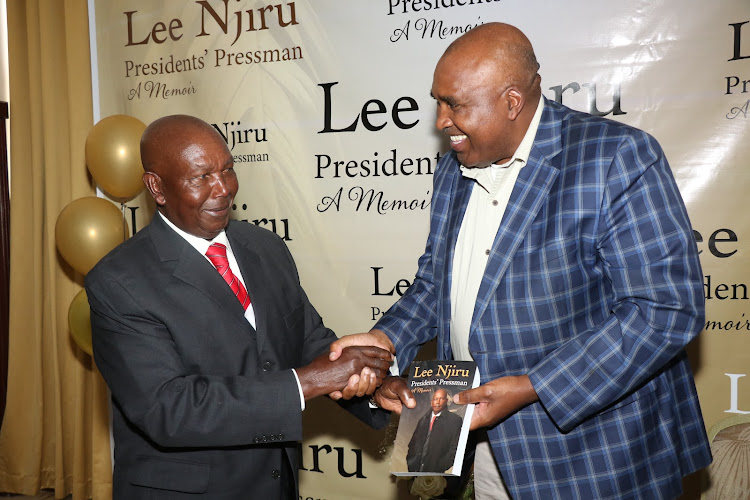 He also implored the electorate to vote for whoever they want in peace and not to let any politician use them to gain political mileage.

Speaking in Nakuru on Sunday, July 31 after the launch of his book "The Presidents Pressman",  Lee said that ethnicity is the worst enemy that has affected Kenya and it is time to uproot the vice.

"I ask our politicians if you want to become the president of this country you must be aware that all that Kenya want is to feel that they belong to this country. We should not have a scenario of big communities and small communities, we should all be Kenyan," Njiru said.

"Let's stop using demeaning words against other tribes whether big or small. Whoever practices tribalism is half-dead. If you are within the borders of Kenya, you are a child of Kenya.”

He also urged Journalists to be objective, especially when reporting on political topics and to give an equal and enabling environment to all candidates to put their agenda across.

Mr Njiru is a career civil servant who served for 46 years. He first served Kenya's first president Mzee Jomo Kenyatta and later Mzee Moi as the head of the Presidential Press Service.

In his memoir, which he says was inspired by the need to demystify the statehouse, Njiru lifts the lead on the behind-the-scenes dealings at the house on the hill.

The book, according to Njiru, took two years to compile, aims at revealing what really happens there besides the glamour and power that beholds the statehouse.

“I did not think I had the capacity to write a book, but after some of my friends implored me to do so. I decided to tell my story so that citizens are not lied to by the magnanimity of what they think is statehouse. Behind the scenes are bigotry, ethnicity, backstabbing and pain,” Njiru narrated.

“It took me a lot of time to decide what I was going to write without revealing too much. I even contemplated asking for input from some people. I however resisted the urge to alter any information but to write what I witnessed and I can say all that I wrote is true.”

Njiru also said he wrote the book to make young people understand the need for tenacity. To focus on the objective tenaciously and also avoid tribalism but rather become a citizen of the world.

The now ageing but articulate pressman urges Kenyans to consider sharing the information they might have through writing a book.

“I call upon others who are here and the heads of the president's press service to also consider writing a book. Kanze Dena should write a book and lift a lead on what she has witnessed during president Uhuru's stay at the statehouse. The citizens need this information,”

Moi was not tribal, it was a misconception - Lee Njiru

He said nobody wants to be removed from State House and that is why some resort to witchcraft.
News
2 weeks ago
WATCH: The latest videos from the Star
by JAMES MUNYUA
Rift Valley
02 August 2022 - 21:00