• Morintat says Azimio la Umoja is bigger than any individual and if the coalition goes to the polls with many candidates, they will be defeated by their opponents.

•  Promises to ensure votes for Raila are intact and are safeguarded during the elections. 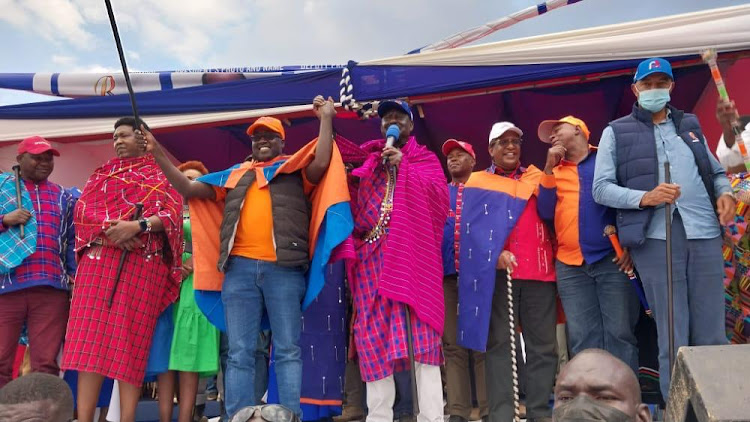 Raila agreed with ODM candidate Oiboo Morintat to leave the stage and back the former MP, who is contesting the seat on a Kanu ticket.

The move was revealed on Saturday during the Suswa Declaration Rally for Maa community in Narok county.

Sunkuli and Morintat have been fighting to win the seat currently held by Gideon Konchellah. Konchellah is eyeing Narok senator's seat on Jubilee ticket.

Morintat said he agreed with the ODM leader to leave the seat starting Monday and will join Azimio’s legal team headed by lawyer Paul Mwangi.

“I'm a foot soldier for Raila and I want him to get many soldiers from governor, senator, MP, woman representative and MCA and that is why I left the seat to my other Azimio brother,” he said.

Morintat, a youthful lawyer, said Azimio la Umoja is bigger than any individual and if the coalition goes to the polls with many candidates, they will be defeated by their opponents.

“For the respect of the Maasai community and Azimio la Umoja, I'm not in the race any more. I will play a role in ensuring that votes for Raila are intact and are safeguarded during the elections,” he said.

Morintat thanked the people of Kilgoris constituency for supporting him, saying that he will serve them in another capacity. 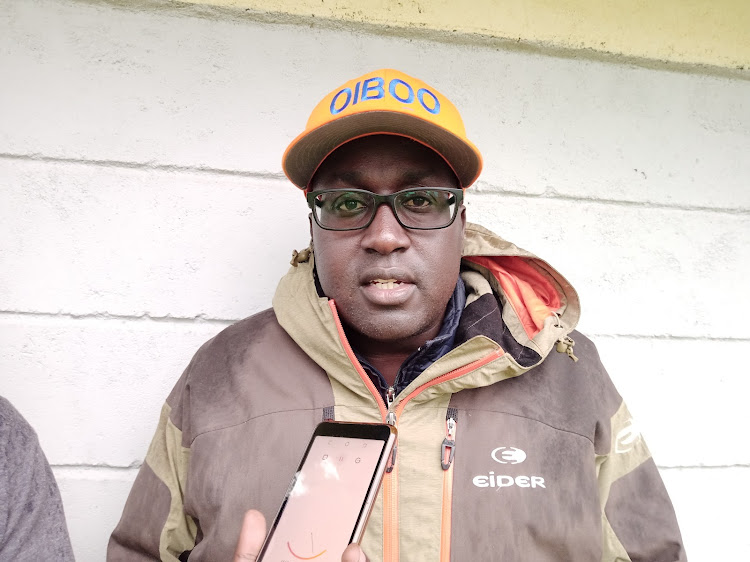 Raila described Morintat as a patriot, saying he will offer him a position in government if he wins the presidency.

“This is a good and patriotic gesture that was taken by Oiboo Morintat and other leaders should emulate him so we can win this election by landslide victory,” he said.

Raila urged his supporters to turn up in large numbers and vote for Azimio candidates. 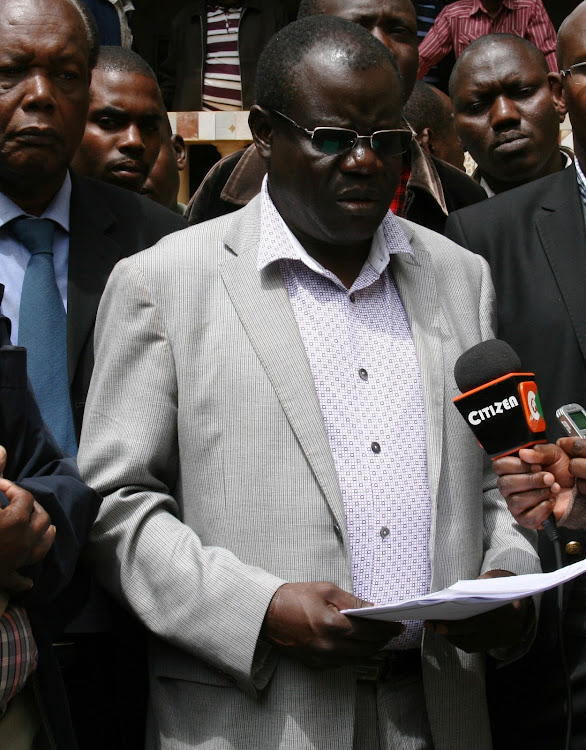 This is not the first time the ODM leader is mediating on candidates in Narok county.

The ODM leader said the three leaders are among the best brains in the country. He said they have a wealth of experience in managing public institutions and their input is key in developing the nation.

“I will work with them in the next government if I'm elected the next president. They should stay put and support the candidate picked to carry our flag in the elections,” he said.

In the Narok Senate race, efforts by Raila to prevail on Konchellah to step down in favour of incumbent Ledama ole Kina failed after Konchellah reportedly refused to back down from the race.

Sunkuli said Kenta has the skills and experience for the task; national backing
Counties
8 months ago