• It should be removed from the list of election hotspots that need monitoring and police presence. 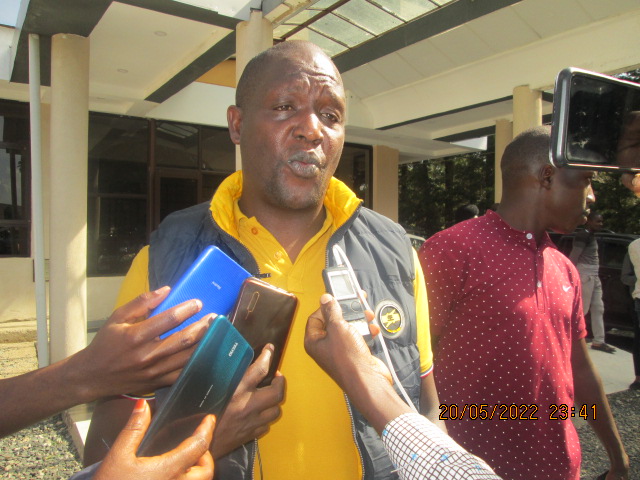 UDA Kericho governor nominee Dr Eric Mutai has called on the National Cohesion and Integration Commission to delete the county from list of election hot spots.

He said Kericho was not "on fire" and does not deserve being branded a trouble spot.

Speaking to journalist before UDA presidential running mate Rigathi Gachagua, Dr Mutai said labelling the county a hot spot was intended to instil fear ahead of the election on August 9.

He urged NCIC to move swiftly and remove the county's name.

“Being a cosmopolitan county where nearly all communities in Kenya live together, it would be unwise to brand the county a hot spot," Mutai said.

However, the county was a hot spot during the 2007-08 post-election violence when where more than 1,000 were killed countrywide and scores of others left homeless.

The same was true in parts of North Rift, Central Rift, Nairobi and Mombasa.

Kericho county commissioner Kamau Karungo said he is not taking chances and assured the country will not see a repeat post-election violence.

Speaking to journalists in his office, Kamau said there should be no cause for alarm despite branding the county a hotspot.

“This is just a security precaution now that we are heading to the general election,” Kamau said.

"Unlike the past, we don’t expect what happened in 2007-08 to happen again in Kericho, security apparatus has to be put in place for any eventuality.

Commissioner Kamau expressed optimism that all will be well before during the after the general election throughout Kenya.

Kamau said politics is so addictive and mischievous characters could take advantage to trigger violence as they support their leaders of choice.

“In that scenario, security has to be on stand by to monitor those hell-bent on trouble so that they could be reminded to follow the law,” Kamau said.

The county boss praised residents for adhering to the rule of law while campaigning in the central business district.

“We have witnessed speakers at the Bunge La Mwanachi reprimand those out to cause chaos as they campaign for their own,” Kamau said.

He said peace caravan will continue with messages of peace now and after the elections.

"There should be no cause for alarm from any quarters,security agents are on high alert gear to monitor those with a hidden agenda."

He said the government will ensure every Kenyan upholds the law.
Counties
1 month ago

State maps out violence hotspots ahead of August polls

Communities living along the disputed border have been meeting to foster peace.
Nyanza - Page 29
2 months ago

Police, other security agencies have been mobilised and strategically deployed.
News
2 months ago
“WATCH: The latest videos from the Star”
by SONU TANO
Rift Valley
23 May 2022 - 22:00