Elgeyo Marakwet Senator Kipchumba Murkomen is under pressure to stop pushing the strategy. 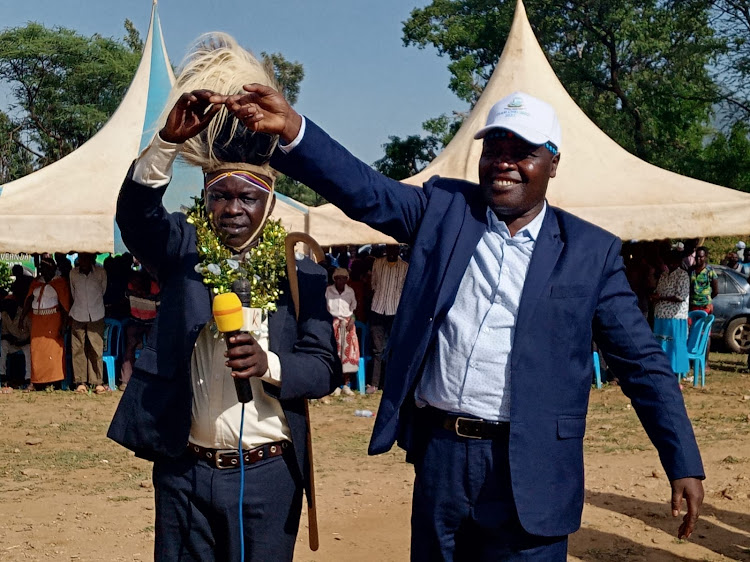 The call by DP Ruto’s allies for six piece voting for all UDA aspirants in Rift Valley has sparked a row in the region.

Elgeyo Marakwet Senator Kipchumba Murkomen is under pressure to stop pushing the strategy.

Murkomen received a hostile reception when he tried to push for the six piece idea at two funerals in Uasin Gishu and Elgeyo Marakwet.

A section of leaders in the region led by NVP party leader Anthony Chelimo said residents of the region would back DP Ruto for presidency but go for good leaders at county level regardless of their party affiliation.

“We have no problem backing DP Ruto for presidency but the people of Elgeyo Marakwet will elect other leaders based on capacity to deliver in the county,” Chelimo said.

He spoke at Biretwo during a function where elders blessed him to vie for the governor's seat through the NVP party. Chelimo also unveiled his running mate, Benjamin Rotich.

Rotich is an auditor and Chelimo said he had picked him as running mate because of his managerial experience especially in finance.

“We are the safe pair of hands to take over the leadership of the county and not those others who are immature and unqualified to lead our county,” Rotich said.

Chelimo said his manifesto had a six-point agenda to transform the county while his rivals in UDA did not even have morals required to hold high office such as that of governor.

Almost all positions in the county will have candidates from other parties and independents, with many local leaders accusing Murkomen and other UDA party leaders of messing up party primaries to force certain leaders on residents.

“Those who are undermining UDA by vying as independents are the same ones who do not want DP Ruto to take over presidency. We ask our people to vote for UDA candidates and not anyone else,” Murkomen said.

He spoke in Uasin Gishu during the burial of UDA nominee for the Sambirir MCA seat Mark Bowen popularly known as Sawachan. He was buried at his home near Chepkanga market.

Locals during another event in Tot shouted back when Murkomen urged them to vote for only UDA candidates in the August 9 polls.

At Chepkorio in Keiyo South, a group of elders endorsed and urged both DP Ruto and Murkomen to concentrate on national leadership and not interfere with the will of local people to elect Chelimo as governor through NVP.

Chelimo will face off with Deputy Governor Wesley Rotich, who is the UDA nominee,for the governor's seat in the area where incumbent Alex Tolgos is completing his two terms.