Since the outlawing of corporal punishment, indiscipline has increased in many schools.

• Teacher suffers fractured harm as three boys waylay him for embarrassing one of them before schoolgirls.

• Boys sent home, teacher and police said they should have been arrested and would be. 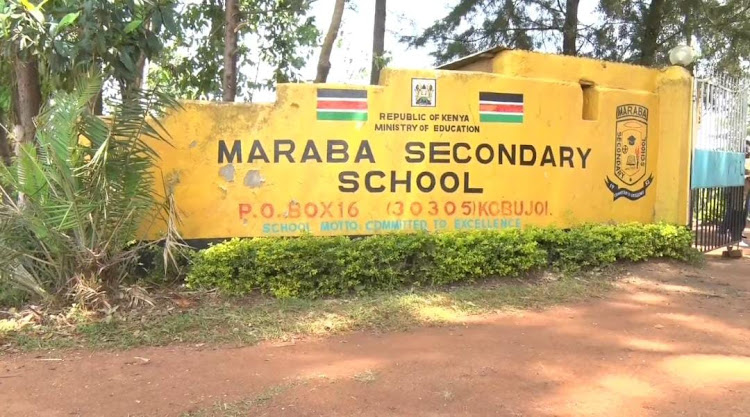 DANGER ZONE: The school where a teacher was assaulted by three students in Aldai of Nandi county on Monday.
Image: BARRY SALIL

A high school teacher suffered multiple injuries, including a broken arm, after he was waylaid and attacked by his students.

Malakwen Kosgei, 34, from Maraba Mixed Secondary School in Aldai subcounty is said to have been assaulted by three Form 4 students who who battered and kicked him.

They broke his right arm near the elbow.

Earlier, the teacher had intervened during lunch when a Form 4 student bullied others and tried to jump the long queue.

Girl students cheered and other girls embarrassed the youth who promised to mobilise his friends to "discipline" the male teacher.

Later, as Kosgei walked to his home, three students armed with sticks emerged from a maize field and battered and kicked the teacher to the ground.

He raised the alarm and villagers rushed to his rescue as the trio fled. He suffered a broken arm  and wounds to his head, knees and chest.

His cloches were reduced to rags.

Maraba Secondary School has 800 students and performed dismally in the 2021 KCSE, posting a mean score of 3.01.

Only one student qualified to join university. 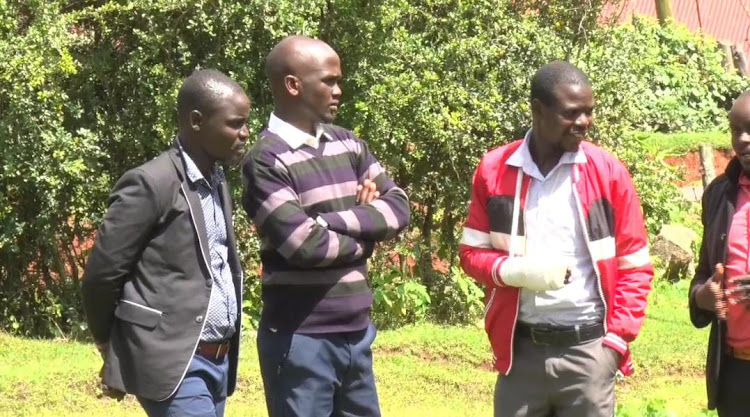 Principal Mark Chirchir did not take calls or answer SMS messages for a comment.

Last fyear, a female teacher was assaulted by a student from the same school and the matter is pending in court.

On Wednesday, the Nandi Kuppet executive committee led by secretary Paul Rotich visited the school. They held a protest march to the subcounty education offices in Kobujai to register their anger over the attack.

They protested that the suspects were sent away by the principal instead of being handed over to the police.

They said the boys should face assault, malicious damage and causing grievous charges in court.

“Teachers are not lesser humans, if a student was canned by a teacher, action would have been swift.

"Now a teacher is assaulted and suffered a broken arm, and the students are suspended, "Rotich said.

OCPD John Owuoth blamed the school administration for taking the matter lightly, saying it should have been reported to the regional director of education immediately.

“This is a case of indiscipline and crime being committed by the students who shoul face the law,” Owuoth said.

The police boss assured teachers the suspects would be arrested and face the court process.

Kuppet calls for school closure over attacks on teachers

JUDY SIRIMA: Why character education should be major focus

Good character is not formed automatically; it is developed over time through sustained teaching, example, learning and practice.
Opinion
7 months ago
“WATCH: The latest videos from the Star”
by BARRY SALIL Correspondent, Rift Valley Region
Rift Valley
18 May 2022 - 22:00