• Leaders from Endebess and Saboti subcounties praised Natembeya for his choice, saying he has fulfilled his promise of reserving the slot for the community.

•“We are grateful to him for naming one of us as his running mate. It's a milestone for us as a community," former nominated MP Samuel Moiben said. 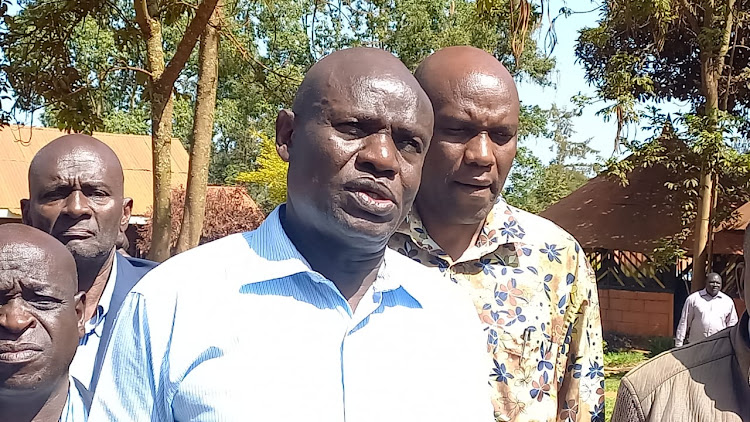 The leaders from Endebess and Sabaoti sub counties praised Natembeya, saying he has lived up to his promise of reserving the slot for the community, which is historic.

“We are grateful to the him for living up to his promise of naming one of us as his running mate. Thisis a great milestone for us as a community,” former nominated MP Samuel Moiben said.

Endebess MCA Patrick Kisiero called on those who lost in the primaries not to leave but support the winners.

“We know there are many candidates from our community who were eyeing this position and the one who was chosen has been a surprise to them but I encourage them to stay put instead of bolting,” Kisiero said.

Enbess parliamentary aspirant Alwin Sasia said they will mobilise the community behind Natembeya’s candidature since he has provd to be committed to the interests of the community.

Kinyoro MCA Lawrance Mokosu called on women in to back Natembeya saying selecting a female running mate proves that he is committed to achieving the two-thirds gender rule.

“Women play a big role in society and the fact that Mrs Binea has been chosen proves Natembeya's team is committed to women's welfare," Mokosu said.

Those who had been eyeing the seat were Milcah Psiwa, Stanley Kirui, John Meng’wa, Martin Ngomati, Isaac Ndiema and George Cherongis.

Boost for Natembeya as Bukusu elders back his governorship bid

The event brought together about 500 elders from the 5 sub-counties.
Counties
4 months ago

He said the website was funded by the ordinary citizens who are backing his bid.
Counties
2 months ago
“WATCH: The latest videos from the Star”
by DAVID MUSUNDI
Rift Valley
15 May 2022 - 22:00