Will poverty hold back a high-scoring orphan boy who wants to be a doctor?

• Simiyu was to report on May 3 but he lacked school fees.

• He aspires to become a doctor. 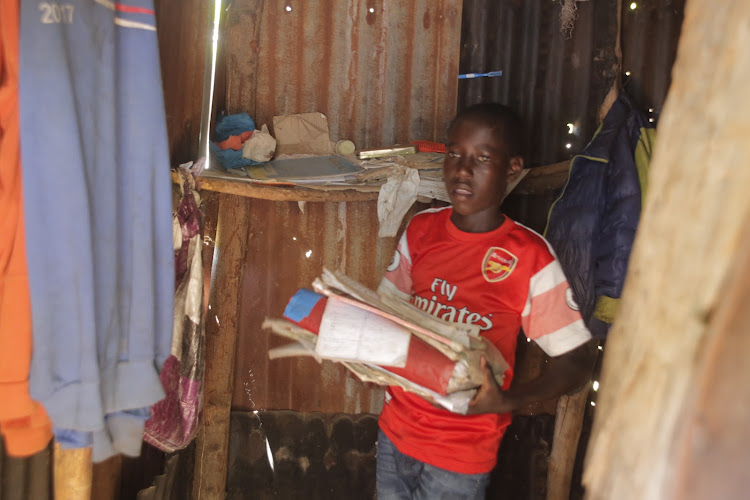 A Baringo orphan who scored 391 marks in the KCPE exam used to wake up at 5.30, turn on his torch and walk to school through a forest inhabited by hyenas and leopards.

He never missed a day.

But he has no money for fees and is appealing for funds to join St Joseph's Kitale, a national school in Trans Nzoia county.

He was to report a week ago on May 3.

“I couldn’t manage to join Form 1  due to lack of funds, so I am appealing to the government or any well-wisher to assist me go to school,” Simiyu told the Star on Tuesday.

He attributed his good performance to endurance and hard work and said he wants to become a doctor.

Simiyu said he use to wake up every morning at 5.30 and trek seven kilometres to reach school at around 6.30am.

“I walk daily through the thick bushes inhabited by many dangerous wild animals like hyenas and leopards, sometimes I get to school late owing to rains and flooded rivers,” he said in an interview.

The boy, who lost both parents, currently lives with his disadvantaged  uncle George Zachary, the bother to his mother, in a rickety structure in the sleepy Lelgut village.

“Since my sister passed on, I offered to accommodate Eugene and his elder brother. I also have a family with children and I just do menial jobs to feed and clothe them,” Zachary said.

He said he used to encourage Eugene to work hard and excels in KCPE exam.

"Even if I may not have the capacity to meet your school fees, God will see you through,” he said. 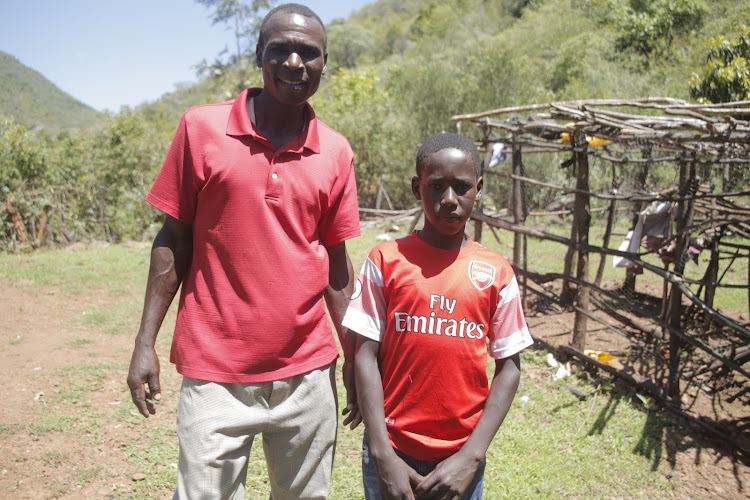 Zachary said he is left with two chickens in his empty compound after selling everything to meet the needs of his four children in secondary schools.

“Now the boy requires about Sh100,000 as fees plus shopping items that I cannot afford,” he said. They have appealed to donors in vain," he said.

“Personally, I had earlier seen his determination and encouraged him to get good marks so he can join St Joseph’s Kitale where my own son currently schools. He actually surprised me," Mburu said.

The school boss further said he had to squeeze the boy into the boarding facility to avoid late arrival and interruption during exams.

He termed the boy's results "miraculous", saying he had excused the boy from attending both evening and early morning preps due to the long distance from home and other problems.

Eugene's neighbour, Daniel Kenei, said the community will really feel happy if the bright child gets a sponsor to go to school.

“As you can see, from this remote environment,we haven’t had a single child going to a national school," he said.

"Eugene could go down in history."

Candidate, 24, who scored 415 in KCPE appeals for school fees aid

2,000 students to get Equity Wings to fly scholarship

Programme requires one to attain over 350 marks while the Elimu grant one should get above 280
Western - Page 28
1 month ago
“WATCH: The latest videos from the Star”
by JOSEPH KANGOGO Correspondent, Baringo
Rift Valley
11 May 2022 - 22:00