The company incurred Sh12.04 million loss during the year under review

• It has also been revealed that the company managing director has been acting since 2015.

•Gathungu revealed that the company's management has failed to recover Sh13.54 million debt that has been outstanding for months. 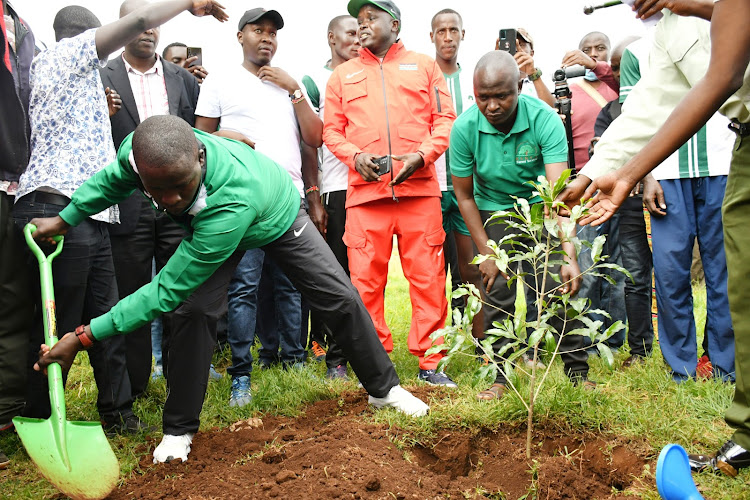 Debts and losses are threatening to stall the operations of Kapsabet-Nandi Water and Sanitation Company, a new report by Auditor General Nancy Gathungu reveals.

In the 2018-19 report, the company incurred Sh12.04 million loss during the year under review.

According to the report tabled in the Senate by Majority leader Samuel Poghisio (West Pokot) last week, the Sh12.04 million was a result of non-revenue water, which stood at 44 per cent of the total amount of water produced.

“The volume of non-revenue water of 477,502 cubic meters was over and above the allowable loss of 273,254 cubic meters or 25 per cent of the total production prescribed in the guidelines issued by the Water Service Regulatory Board,” the report reads.

“Consequently, the non-revenue water resulted in loss of sales estimated at Sh12.04 million which had a negative impact on the company’s profitability and could erode sustainability of its operations.”

In what could further worsen the company’s financial troubles, Gathungu revealed that the company's management has failed to recover Sh13.54 million debt that has been outstanding for months.

“This is contrary to Section 6.3 of the Water Services Board Financial Manual of December 2005 which states that the company may allow up to 60 days moratorium before payments for monthly bills of any other amounts due on contractual obligation,” the report states.

“Under the circumstances, the recoverability of the long outstanding debt balance of Sh13.54 million could not be confirmed,” the auditor notes.

It has also been revealed that the company managing director has been acting since 2015.

Section 34 (3) of the Public Service Commission Act, 2017 stipulates that an officer may be appointed in an acting capacity but not exceeding a period of six months.

The report says properties worth Sh706.97 million belonging to the company are at risk of loss due to the management’s failure to claim them from Lake Victoria North Water Services Board (LVNWSB).

The properties are supposed to be transferred to the company in line with Section 153 of the Water Act, 2016.

Further, the company has not valued the land nor provided ownership documents for buildings hosting the company’s offices.

“In addition, their ownership documents such as title deeds, leases or allotments were not provided for audit verification.”

“Consequently, the accuracy, validity, completeness and ownership of the assets reflected under property, plant and equipment balance of Sh21.80 million as at June 30, 2019 could not be confirmed,” the report states in part.

Gathungu also faulted the management for recruiting an ICT officer without advertising for the position or providing documents to show the interviews were done.

“In the circumstances, it was not possible to confirm that the recruitment was competitively done,” it states.

The revelations emerged during the questioning by a Senate oversight committee over the 2018-19 audit queries
News
11 months ago
“WATCH: The latest videos from the Star”
by JULIUS OTIENO Journalist, Political and Parliamentary Reporter
Rift Valley
08 May 2022 - 22:00