• He called on all political leaders to end divisive and insulting rhetoric and to help the needy during Ramadhan. 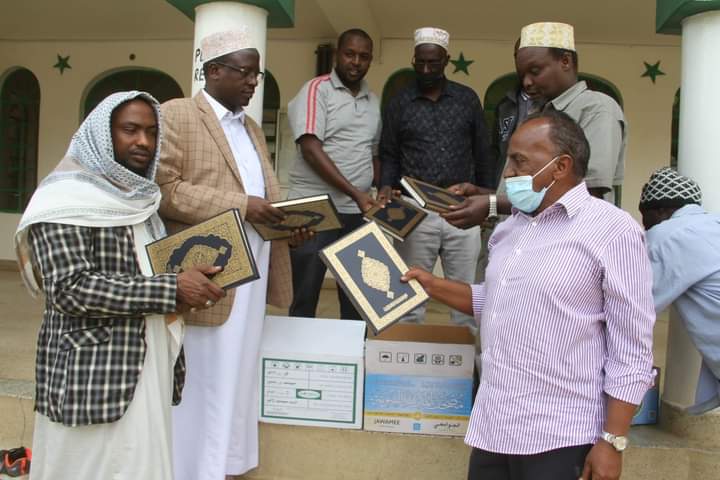 The Supreme Council of Kenya Muslims has expressed alarm over rising political tension and hate speech ahead of the August polls.

“Cognisant of the hard economic times citizens are facing, including  drought and the effects of the global pandemic, such high-octane politics could be more destructive," Naado said.

He made the remarks after distributing copies of the Holy Quran to the Narok Jamia Mosque leadership.

They were donated by the custodian of the two holy mosques, King Salman bin Abdulaziz Al Saud, through the Saudi embassy in Nairobi.

“We call upon state institutions including the IEBC, NCIC, DPP and the DCI to crackdown on perpetrators of hate speech and take firm action in accordance with the law,” Naado said.

The council chairman said if the heightened political tensions and increasing hate speech are not checked, they could undermine peace, stability and progress.

“We urge the President as the head of state and symbol of national unity to ensure the country remains united and ensure a peaceful transition,” he said.

Naado urged politicians not to cause panic, despondency and tribal tensions among communities.

"They must weigh their words," he said.

Leaders should always be in the forefront in promoting cohesion and national values to build a healthy and united nation — regardless of tribe, race or clans, he said.

“We don’t want a recurrence of post-election violence as witnessed in 2007-08 after disputed presidential results," the chairman said.

Naado beseeched religious leaders across all faiths and denominations to use their religious institutions to guide their faithful on the path of harmony before, during and after elections.

He called youths who are easily paid and manipulated by politicians to cause mayhem to stand up and refuse to be exploited.

The chairman urged the government and well-wishers to support the Muslim communities during the Holy Month of Ramadhan.

Naado said the world is still grappling with the effects of the Covid-19 pandemic.

“We are seeking to mobilise material and financial resources that will assist identified needy families during this Holy month of Ramadhan."

SUPKEM said these acts of violence are unacceptable and condemned the perpetrators.
News
2 months ago

The leaders are concerned over heightened political tension and rising cases of hate speech
News
3 months ago
“WATCH: The latest videos from the Star”
by KIPLANGAT KIRUI Correspondent
Rift Valley
04 April 2022 - 22:00