Many politicians buy liquor for youths and pay them to heckle, stone and cause mayhem

• Uasin Gishu governor has said youth taking part in violence will be punished.

• He condemned the stone-throwing attack on ODM leader Raila Oding's chopper on Friday in the county. 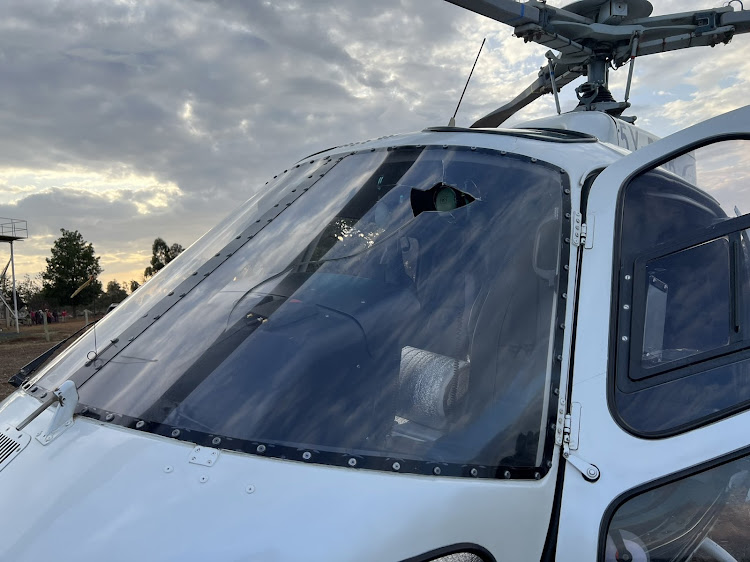 Uasin Gishu Governor Jackson Mandago has urged young people to avoid violence and refuse to be used as goons by politicians.

Mandago said youth should direct their energy to useful work to improve their lives.

He condemned stoning of Raila's helicopter on Friday in Uasin Gishu.

The political contest should be about ideas and politicians should be allowed to sell their agendas in any part of the country, including Uasin Gishu.

"We have matured as a democracy and should not allow violence in our politics," Mandago said.

"I condemn in the strongest terms possible the violence recently directed at the former Prime Minister Raila Odinga after the burial of Mzee Jackson Kibor."

He said  Uasin Gishu is a peaceful county and urged residents to maintain peace through out the elections period.

"We have heavily invested in peace building and cohesion. We will not allow a few elements to take us backward," the governor said.

"I urge the security apparatus to act with speed and get to the bottom of the matter. They should be on the lookout during this highly charged  period." he said.

County leaders plan a peace meeting in the area where Raila's chopper was stoned, its air shield broken.

"We will go there to sensitise the community and urge them to keep peace through out elections," Soy MP Caleb Kositany said.

He said UDA would take action against aspirants who incite youth during campaigns.

Bishops in the region have also condemned violence and called for peace and unity.

"What we saw recently is unacceptable. All our leaders must be allowed to campaign freely in all parts of the country," Catholic Bishop Dominic Kimengich said.

"This is our country and we should not behave as if we will go away after elections," the bishop said.

Chairman of Muslim Preachers and Imams Abubakar Bini said religious leaders would hold peace and unity meetings with the population and with leaders.

He said they would also meet with political leaders in the region to discuss peace and unity.

Kositany confesses youths were paid to stone and heckle Raila.
News
10 months ago

He will appear before the detectives on Tuesday.
News
10 months ago