CCM will not negotiate with UDA now — Rutto

• The former governor said the party has already decided to support Deputy President William Ruto for the presidency.

• Rutto said he will run for Bomet governor on a CCM ticket. 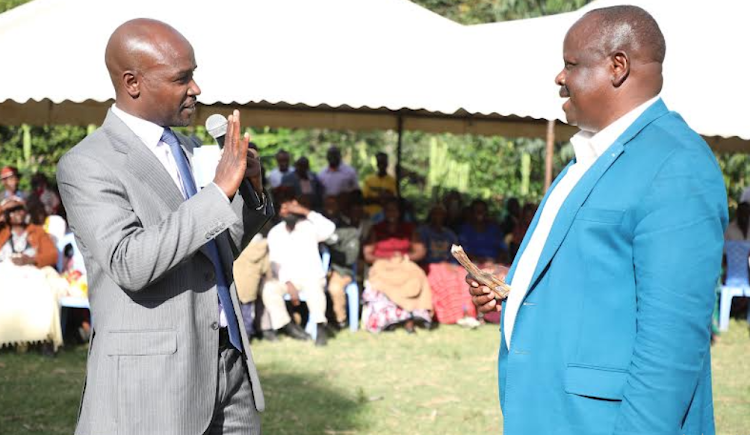 The Chama Cha Mashinani party will not fold or merge with another outfit ahead of next year's general election, party leader Isaac Rutto has said.

However, the former Bomet governor said on Monday that CCM is ready to form a coalition with the ruling party after the 2022 polls.

"We shall only be open for talks with Deputy President William Ruto's UDA or any other party after the general election, as we did after 2017 with Jubilee.

"We want to make it clear we are not about to collapse CCM, we will maintain the CCM party," Rutto said in an interview on Kass TV.

He said the party has decided to support DP Ruto for the presidency.

"William Ruto's ideologies are similar to those of CCM, that's why we are supporting him...this means  DP Ruto is a candidate of both UDA and CCM. This isn't contradictory because he wants our votes," the outspoken CCM leader said.

Ruto is running for Bomet governor on the CCM ticket.

He was responding to a question whether he was ready to have his party merged with UDA, as DP Ruto wants.

"The DP has offered himself and we are going to vote for him unless he says he doesn't want our votes as a party. These leaders moving around and saying we don't want CCM in UDA should give us a break."

Rutto will be competing for the UDA ticket with Governor Hillary Barchok and Petroleum and Mining CAS John Mosonik.

Just as the Deputy President has been travelling around the country hunting for votes, Rutto said,here should be no limitations on CCM campaigning in Rift Valley.

Rutto urged politicians against early campaigning, saying there was still a year to the polls so they should concentrate on fulfilling their election promises.

He said nothing of great import was going on at the national level since leaders have shifted their focus to politics.

Says it will back DP Ruto for President, but field candidates for other positions.
News
2 months ago

Rutto said his party shares in the ‘hustler’ ideology being advanced by the DP.
Counties
3 months ago

• Most aspirants seek parliamentary and MCA seats; UDA is dominant and DP Ruto is gunning for the presidency.  • Ruto has promised primaries will be ...
Counties
3 weeks ago
by FELIX KIPKEMOI Correspondent, Rift Valley Region
Rift Valley
24 November 2021 - 06:50