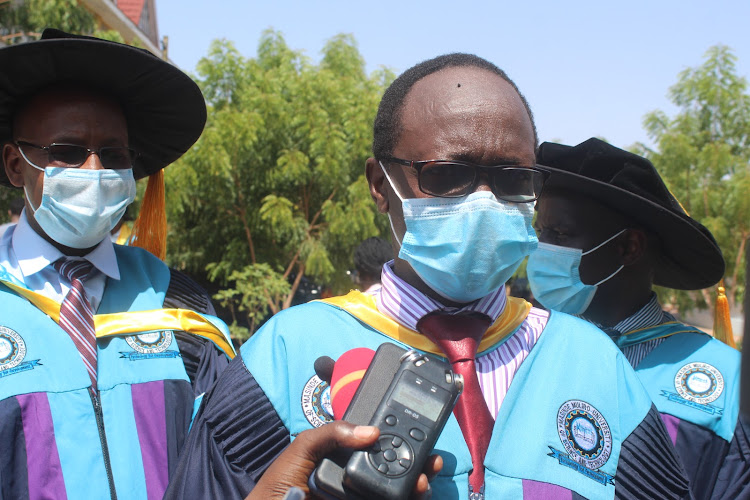 Turkana University College has recorded a high intake of students from around the country.

He noted that last year they only received 142 students at this time.

“It’s very important day for us, we have been receiving students since Monday and from next week students are expected begin their studies.

“This year we are lucky, our intake has significantly increased. Last year we had only 142 students but this year we have received 340 students and still expecting 400 students to join us,” he said on Friday during orientation..

He said the university hopes to increase the number of programmes.

The university has more than 1,000 students and next year it expects a student population of 2,000 as it looks forward to obtaining a charter.

He urged students to avoid drugs and alcohol.

“You must shun destructive activities such taking illicit brews and drugs, and instead focus on your academics goals and dream big,” he said.

Christine Chepkorir, with a bachelor's degree in archaeology, is pursuing her master s in evolutionary biology.

“I’m happy to join Turkana University College that offers my courses. I am interested in human fossils to understand our past and how we evolve," she said.