Over 150,000 animals cross to Uganda as drought ravages Turkana

"If rain does not come none of us will survive. The pasture and water sources we depend on to feed our animals have dried up" - herder 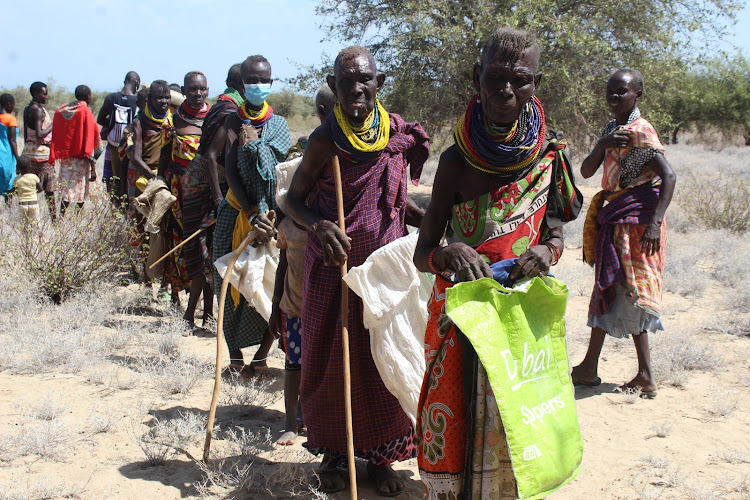 More than 150,000 animals have crossed to Uganda in search of water and pastures as drought ravages Turkana, Governor Josphat Nanok has said.

Nanok said there are many places in Turkana county that have been hard hit by the current drought and hunger.

Herders in Loima subcounty on the border with Uganda normally migrate with their animals to look for water and pasture during drought.

“There are so many places in Turkana that have been hard hit by drought. People are unable to access food and water. Herders have even opted to cross the border to Uganda with 150,000 animals in search of pasture and water,” Nanok said.

He said the parts most affected by the drought and hunger are Turkana North and Kibish subcounties.

Peter Ejore, a pastoralist and resident of Kanukurudio in Turkana North, decried the drought and hunger saying it’s like a plague.

“If rain does not come, none of us will survive. The pasture and water sources that we depend on to feed our animals have dried up,” he said.

Ejore said in past years when they have been hard hit by drought and hunger, they could still access water and pasture for their animals but this time around things are different.

Esther Ekaru, a resident of Mogila in Turkana West who attended the prayers, said her family is struggling to get food since the drought started.

She depends on relief food supplied by the government, non-governmental organisations and well-wishers to survive.

“The region is dry, my animals can’t even withstand the heat. Water sources and pastures are dry. We don’t know when the rains will come but we need urgent assistance from the relevant authorities,” she said.

Ekaru urged the county and national governments, NGOs and well-wishers to provide relief food to cushion them from the effects of drought and hunger. 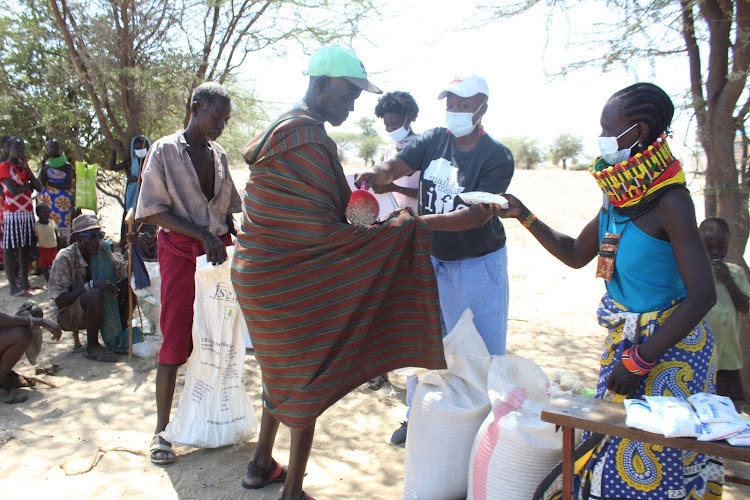 Nanok said his government had bought relief food and at the end of this week they will start supplying food to the affected families.

He said the department of water will also repair the water sources including boreholes that have dried up due to prolonged drought.

He said water trucking will also be done in regions where residents are unable to access water.

The administration announced that at least 640,000 people were in dire need of food.

She said each household affected by drought received 36kg of maize, 7.2 kg of beans, 4.5 litres of cooking oil and three kilos of rice. Ikaru said the next relief food distribution cycle is set to begin.