NO NEED FOR INCITEMENT

UhuRuto falling-out not your concern, focus on your lives, DP supporters told

Governor Mandago says all major presidential aspirants are from prominent families and can flee the country if things fall apart. 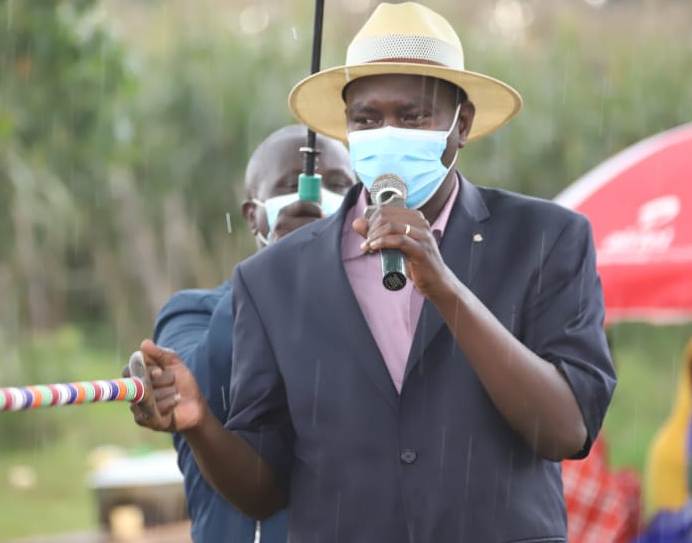 Uasin Gishu Governor Jackson Mandago has urged Rift Valley residents to ignore the differences between President Uhuru Kenyatta and Deputy President William Ruto and instead focus on peace and unity.

Mandago said the duo's falling-out should not be a reason for residents or other Kenyans to be divided along ethnic lines or resort to violence.

He said Kenyans should keep the peace and focus on their lives because regardless of the person elected as president, the country should remain united.

“Elections just happen on one day but life is continuous. Let's ignore the politics by our leaders; let's not harbour deep political feelings,” Mandago said.

He spoke at Boito in Baringo where he urged residents to support Ruto's presidential bid. He said there is no need for Kenyans to worry so much about leaders who can take flights out of the country should things fall apart.

“When you look at all those who want the presidency, they are prominent and are from big families. As an ordinary person, you have never been in the Cabinet or any big position to worry about other prominent people."

Mandago said he has learnt a lot during his time in elective politics, advising that one should never harbour deep political feelings to the extent of fighting a neighbour or another Kenyan.

He said he had separately asked Uhuru and Ruto why they differed but none of them gave a reason. So long as the country, especially the counties, is running as required, there is no need for ordinary Kenyans to worry about the political bigwigs, he said.

“So long as we have money coming to the counties and other institutions like schools are operating, we should not worry about the politics happening in Nairobi,” Mandago said.

He at the same time appealed to elected leaders and aspirants to avoid abusive language and instead direct their energies to development matters. He said every Kenyan must respect the law, warning that any violation will not be entertained.

Mandago said all Kenyans have the democratic right to participate in politics or vie for seats but must do so peacefully.

Nandi Deputy governor Yulita Mitei made similar remarks, urging politicians to avoid hate speech and incitement. She said all Kenyans should prepare to participate in elections while prioritising peace and unity.

Dr Mitei said the Independent Electoral and Boundaries Commission should also sensitise Kenyans to the timelines and preparedness for the next general election.

Mutua's separation from Lilian shows couples can have a cordial split
Sasa
4 months ago
How President, DP can solve their differences
by BY MATHEWS NDANYI
Rift Valley
05 September 2021 - 22:00