After initiation and circumcision, the boys will be the first in their new age set

• Final ceremony, the opening of the knife, will be in December when 5,000 boys from Rombo, Amboseli, Imbirrikani and Kuku areas of Ilkisonko land will be circumcised.

• Lenku said the Enkipaata is recognised by Unesco as one of the African cultural rites that must be preserved for posterity. 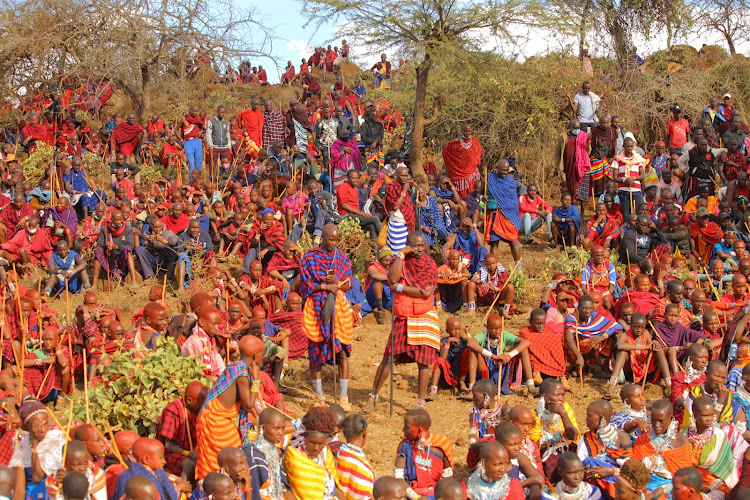 More than 5,000 Ilkisonko Maasai boys converged in Rombo ward in Kajiado county on Wednesday for the Maasai Enkipaata ceremony ahead of circumcision in December.

The ceremony held on Wednesday evening marked the start of four other ceremonies of counselling, discipline and preparing them for the cut.

The final ceremony, the opening of the knife, will be done in December, About 5,000 boys from Rombo, Amboseli, Imbirrikani and Kuku areas of the larger Ilkisonko land will be circumcised.

This is an important ceremony of the Maasai culture because those who will be circumcised will form a new age set.

Its name will be created in Tanzania and handed to the Kajiado Ilkisonko elders before December.

After every 10 years in the Maasai calendar, elder Daniel Mayiani said, an age-set is named after those they follow undergo a ceremony called Olng’esher (initiation into elderhood).

“Before the Olng’esher ceremony, which happens every 10 years, morans who have completed five years after circumcision are initiated into young elders in a ceremony called Eunoto,” Mayiani said. He was a councillor during former President Daniel Moi’s regime.

He said that during Eunoto, the morans are also counselled and their hair cut. They are accepted back to the mainstream community from moran activities such as hunting lions and living in isolation.

While addressing the boys in Rombo on Wednesday evening, Governor Joseph ole Lenku said Maa cultural ceremonies will not be allowed to interfere with the education of boys and girls.

“The culture will also not come between the community and their Christian beliefs. All cultural events are now being held during school holidays to avoid interfering with the education calendar,” Lenku said.

He said the Maa culture is recognised worldwide, and it is the source of pride to the community and Kenya as well.

“While we continue observing these cultural events, we will still ensure our children get the education and allow community members to engage in their religious activities," the governor said.

He said the Maa culture is unique and his administration is doing all it can to preserve it and pass it on to the next generation.

Lenku said the Enkipaata is recognised by Unesco as one of the African cultural rites that must be preserved for posterity. 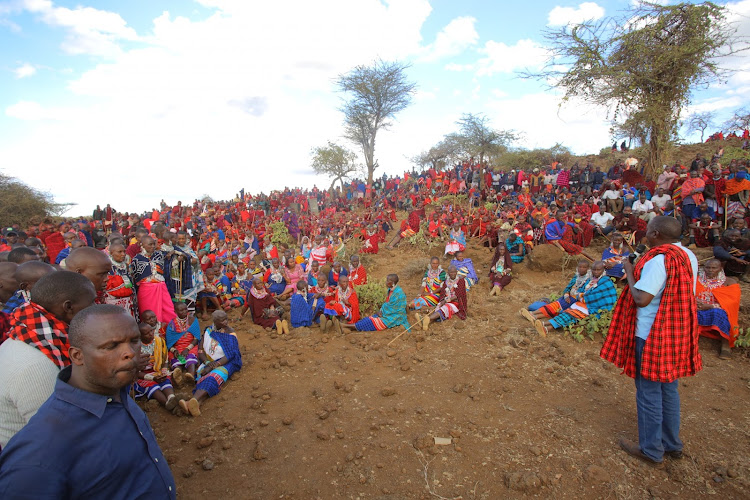