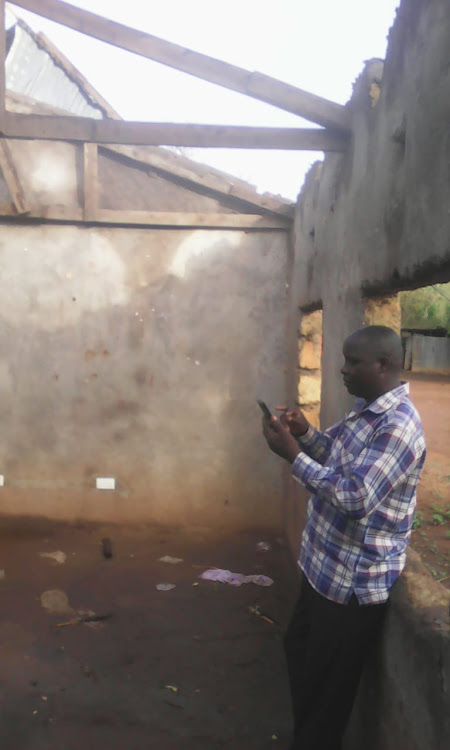 One of the classrooms whose roof was blown away by strong winds at Ayatya primary school in Barwessa, Baringo North sub-county on Monday.
Image: JOSEPH KANGOGO 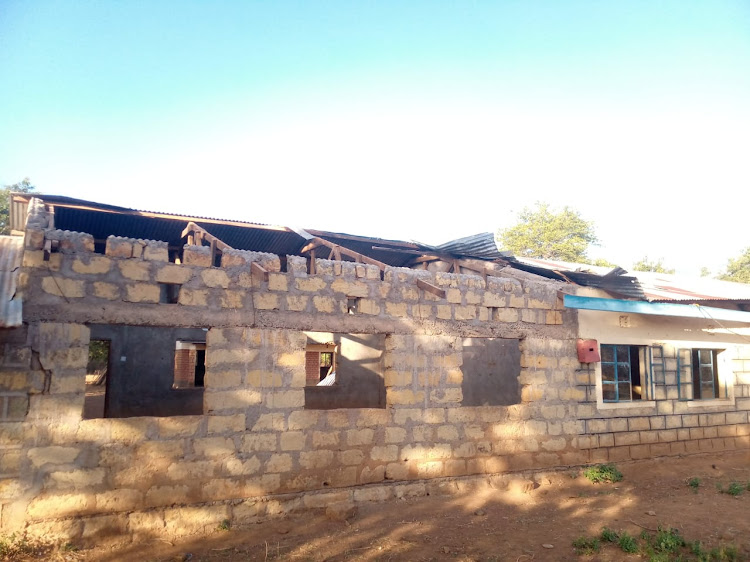 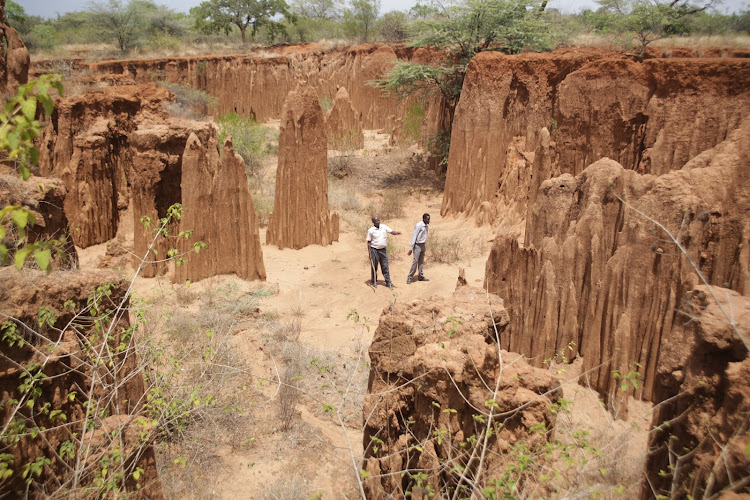 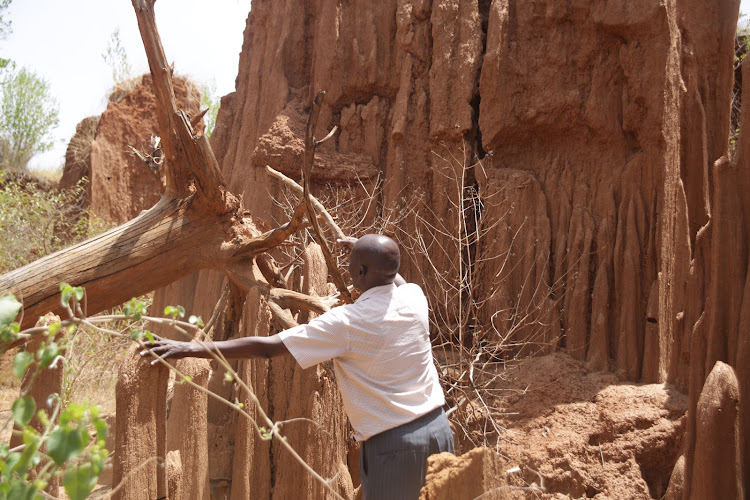 Strong winds have left a trail of havoc in homes and public institutions in Kerio Valley, Baringo county.

“Fortunately schools have closed for April holidays so no one was injured,” school head teacher Benson Kokwon said on Wednesday.

Kokwon said the strong winds blew away classroom roofs, adding that the dilapidated structures constructed by the defunct Baringo county council back in 1990s was not strong enough to withstand the weather.

The school is now calling on friends and well-wishers to help fund raise Sh400,000 to roof and repair the destroyed classrooms.

"Sometime back we had tried to grow trees in the school compound to act as wind breakers but due to lack of a perimeter fence, livestock and stray elephants destroyed them," said Kokwon.

Homes were not spared by the strong winds which left residents in Kerio Valley  counting losses. They say the winds has been destroying their homes since 2010 and called for a solution to mitigate the issue.

“My house was destroyed in 2015, the wind blew off and threw the iron sheets about 100 metres away,” said Kabosgei-Kerio chief Richard Chepcheng.

He said he had to incur an extra cost constructing another house. “But this time round, I purchased strong building materials and engaged a construction expert,” he said.

Chepcheng blamed the situation on the extensive deforestation and desertification in the area caused by human activities like bush clearing and charcoal burning.

He also noted loose clay soil in the are cracks and crushes during drought seasons hence it is easily blown away by wind.

The area is also prone to deep gullies caused by massive soil erosions which have affected farms rendering them unproductive.

“For a long term mitigation, there is need to flatten the gullies, assist famers to grow more trees, pasture and crops but the County government cannot afford the expensive project alone,” Ruto said.

He said an environmental conservation bill on climate change is currently being drawn at the county assembly and once it is out, it will help in mopping up international partners to fund the initiative.