• Ushanga Kenya Initiative is a national government project to empower women who make string beads (ushanga) by machine so they can earn money. 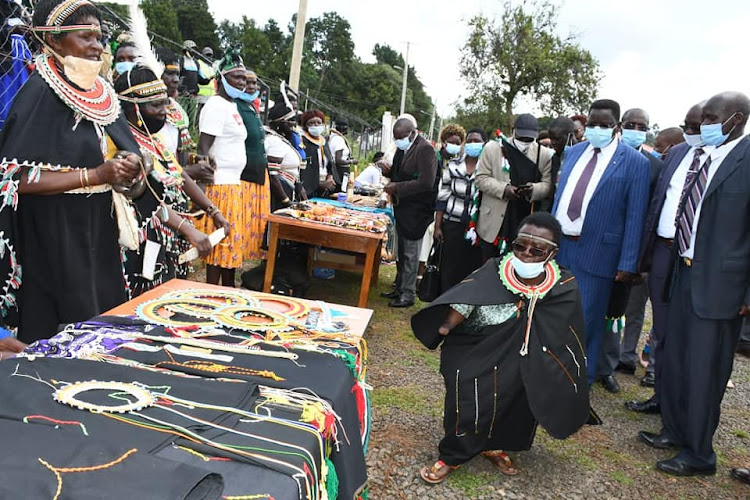 West Pokot women are being trained to make beadwork by machine to meet international market standards and make money.

Speaking on Tuesday after launching the training, Culture and Heritage CS Amina Mohamed said the Ushanga programme will increase income for women from pastoralist counties.

Pastoralist women are entirely dependent on their husbands and are not allowed to own property; profits from sales will give them income.

Last year, the ministry distributed beads and machines to the women and now they are being trained.

“This is not a new thing to the women. They have been doing it. The government wants to add value so they can reap profits," Amina said.

Trainers will educate women on how to use machines to string beads.

“The machines will help women improve on designs, increase efficiency and make different items competitive in both local and international markets,” she said.

The women said they will benefit greatly and plan to produce enough for both the domestic and international markets.

“Women from this community have been making the beads for their self-decoration. It's a tradition," beneficiary Mary Cheptoo said.

"We are happy the government has recognised us and we are now going to turn the venture into a lucrative business,” she said.

“Our women have been selling the beads at throwaway prices to middlemen who later sell on international markets, making huge profits," Cheptoo said. 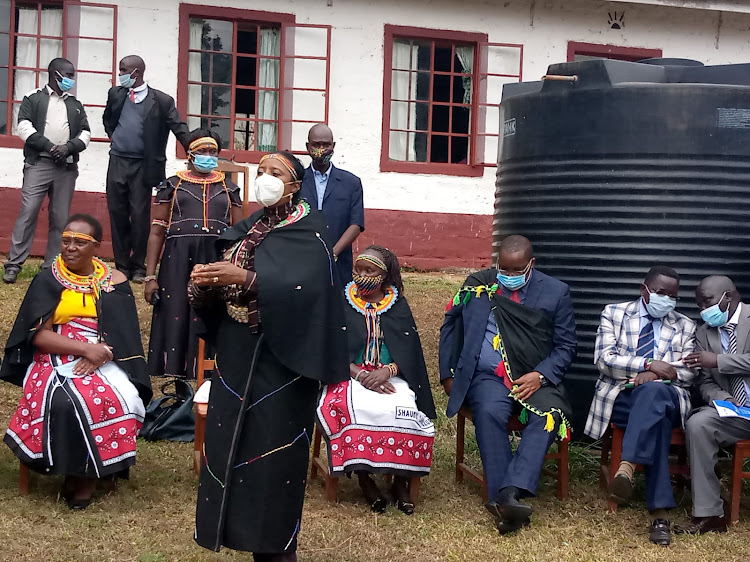 Pauline Loyara said women from pastoral areas are denied the right to own any property and this has barred them from having their own money.

Loyara said most families will have bead funds to buy food for their families since they will not be restricted in their budget.

“We have been surviving on budgets set by our husbands. Since we don’t own anything, this project is going to empower us financially," she said.

Ushanga Kenya Initiative is a national government project to empower women who make string beads (ushanga) so they can benefit economically from their craft.

The five-year project is being implemented in seven counties of Narok, Kajiado, Samburu, West Pokot, Turkana, Marsabit and Baringo.

FGM is violence against girls and women, says Ruto

He says the government is committed in the fight against the practice that affects 23 per cent of women in the country
News
1 year ago
by MARYANN CHAI Correspondent, West Pokot
Rift Valley
23 February 2021 - 22:00