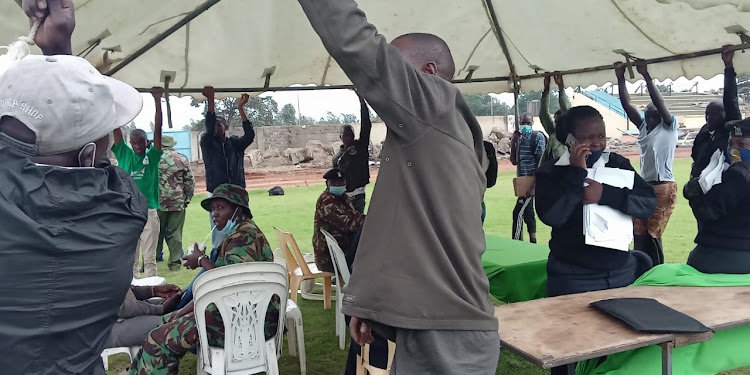 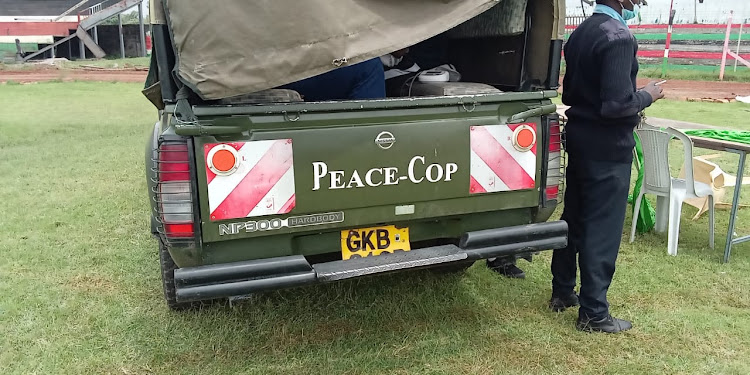 Strong winds in Nakuru town brought National Police service recruitment at Afraha Stadium to a near standstill as officers and candidates scampered for cover from the rain.

Two tents that that were being used for the recruitment were brought down by the winds that swept across town from Menengai Crater towards Lake Nakuru.

A doctor contracted to examine the candidates had to conduct his services from the back of a police Land Cruiser after the tent set aside for him was destroyed by  winds.

About 20 candidates held on to the remaining tent to save it from being brought down to allow the recruiters to continue with the documentation.

Officer in charge of police recruitment in Nakuru Town East, Bernard Wamugunda said they continued the exercise despite the challenge.

“The exercise has to go on even as some of the officers reset the tents; that is why we have made one of the police vehicles a makeshift medical testing unit while the candidates help us hold down the remaining tent for documentation to proceed,” said Wamugunda.

He said the turn-out was high although most of the candidates were sent away due to lack of the required documents.

“Most of the candidates did not have a certificate of good conduct yet it is one of the requirements for consideration in joining the disciplined forces,” he observed.

Wamugunda said others chose to carry copies of their certificates while it was clearly indicated that one should carry original documents and copies.

There were no cases of candidates fainting while undergoing the physical test neither were there incidents of bribery.

A spot check at Kapkures in Nakuru Town West and Bahati in Nakuru North showed that the exercise went on smoothly.