• Tiaty MP William Kamket who is a close ally of Gideon Moi and a harsh critic of Ruto will chair the Delegated Legislation Committee.

• Kamket is among those who have been actively dismissing Ruto as unfit to succeed President Kenyatta. Another winner is Cheranganyi MP Joshua Kutuny who will be vice chairman of the Health committee and Silas Tiranwho will head Agriculture . 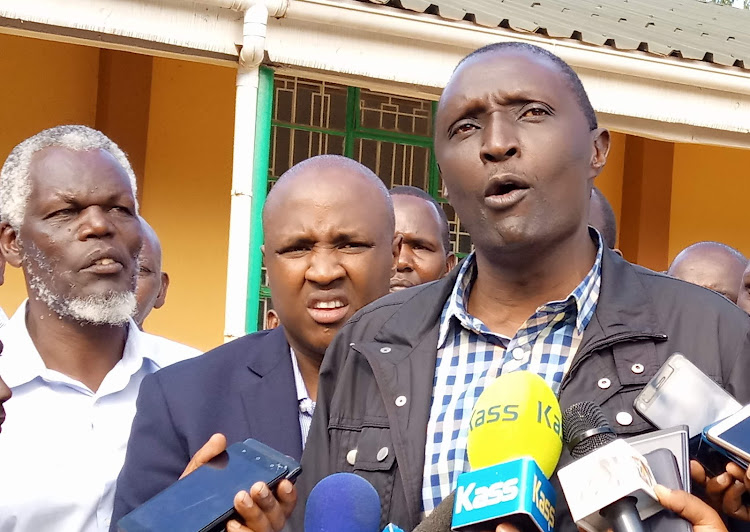 DP William Ruto’s critics in Rift Valley have gained greatly from the removal of his allies from leadership positions in Parliament.

Most of those who gained are also close allies of Baringo Senator Gideon Moi, Ruto’s rival for Rift Valley votes. Like Ruto, he is aiming for the presidency.

Farmers have expressed hope the election of Moiben MP Silas Tiren to chair the powerful Agriculture Committee will enable him to push through better policies and financial support for them.

“Tiren has for a long time fought for farmers’ rights and now he has an opportunity to help implement change in fertiliser subsidies, credit support, markets for maize and restructuring key institutions like the NCPB,” farmers’ spokesman Thomas Korogoren said.

Tiaty MP William Kamket who is a close ally of Gideon and a harsh critic of Ruto will chair the Delegated Legislation Committee. He is among those who have been vigorously dismissing Ruto as unfit to succeed President Uhuru Kenyatta.

Also gaining from the changes is Cheranganyi MP Joshua Kuttuny who will be vice chairman of the Health committee. He replaces Kesses MP Dr Swarup Mishra whose removal came as a surprise because he had supported the removal of some Ruto allies including Majority leader Aden Duale.

His stand angered some of his constituents who accuse him of disrespecting Ruto. Two demonstrations against him have been held in Kesses within the last two weeks.

Kamar is not known to take sides and avoids heated politics but she endorsed Murkomen’s removal.

Other allies of Ruto who lost out in the region include Nakuru Senator Kihika Kimani who was Jubilee Chief Whip. Nandi Senator Samson Cherargei who chaired the Human Rights committee also lost out.

“Changes in parliamentary committees are normal and there are no positions that are a preserve for certain individuals. All MPs have the capacity to lead committees at any given time,” Kutuny said.