• Koin said the swarm had already covered a radius of 5km by Friday evening.

by KURGAT MARINDANY Correspondent
sponsored by THE STAR KENYA None
Rift Valley
08 February 2020 - 19:47 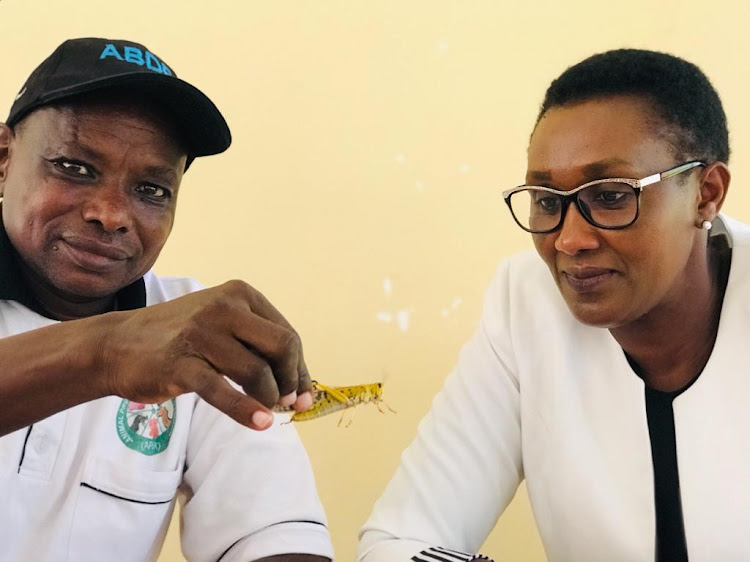 The desert locust has invaded parts of Kajiado county.

Agriculture CEC Jackline Koin on Saturday said locusts were seen on Friday in Malilima and Kikuro in Kajiado Central subcounty.

“Crop protection officers on the ground have established positive sightings of the locusts that were first reported from the two locations,” she said in a statement.

Koin said the swarm had already covered a radius of 5km by Friday evening.

Koin said the swarm has been spreading to Kajiado East constituency in Sholinke location and to Eseki, Noompopong, Olooitikoshi and Oldonyo Lodge in Imbirrikani which are in Kajiado South subcounty.

She said the locusts are in full incubation period and are feeding on all vegetation.

“I am taking this opportunity to assure members of public we are fully in control of the situation,” Koin said.

She said that the county government had procured and dispatched to the affected areas immediate mitigation equipment, including 15 motorised sprayers, 30 knapsack sprayers and 300 litres of pesticide.

These will be used as the county waits for aerial spraying by the State Department of Agriculture once they have received location coordinates in the coming week.