• Mudavadi faults those claiming the probe was targetting the Kalenjin community 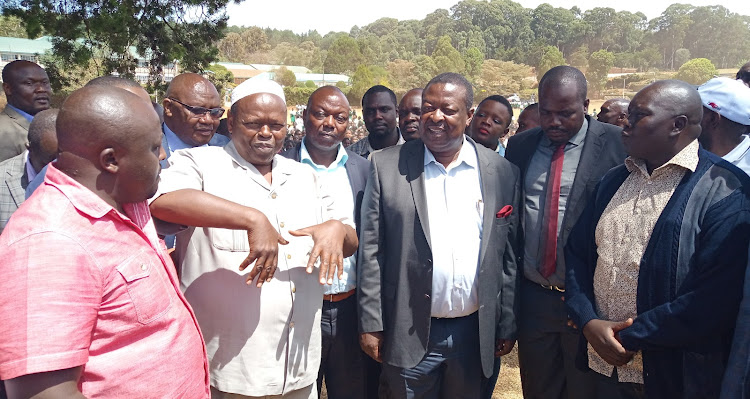 At least 1,000 families in Elgeyo Marakwet have taken back their land set aside for Arror and Kimwarer dams.

The National Land Commission (NLC) had gazetted 6,500 acres in the Kerio Valley for building the dams. The land was taken from the families.

The projects have been suspended over the ongoing DCI probe into possible loss of Sh21 billion.

Italian contractor – CMC Di Ravenna – who was to start work on the projects has  left.

Elgeyo Marakwet Governor Alex Tolgos last month ordered the families to take back their land until further notice. “The families should use the land until they are compensated,” Tolgos said.

The dams were to be built through the Kerio Valley Development Authority (KVDA), whose CEO David Kimosop is among those under investigations.

The spokesman for the families, Ben Kiptoo, said they had no option but to take back their land because of the uncertainty surrounding the projects.

The projects are also facing another challenge after the Kenya Forest Service (KFS) declined to surrender 500 acres that were to be used for the dams.

ANC leader Musalia Mudavadi at the weekend toured the region and asked the DCI to probe the use of Sh160 billion on construction of dams in the country in the last six years.

Mudavadi said though the money is on records as having been spent, there were no dams to show.

He said donors have threatened to withdraw funding because of corruption in the water sector.

The ANC leader said the dam projects that need to be probed include Badasa in Marsabit and Chemususu in Baringo.

Mudavadi said Sh1 billion had also been used on a non-existent dam in Kajiado.

He faulted those claiming that the probe on Arror and Kimwarer Dams is targetting the Kalenjin community and its leaders.

Post a comment
WATCH: The latest videos from the Star
by MATHEWS NDANYI
Rift Valley
26 March 2019 - 00:00
Read The E-Paper