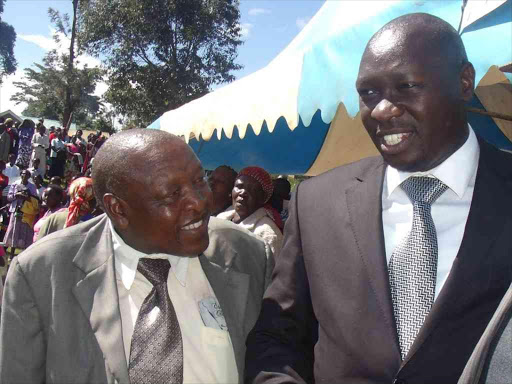 Kutuny with former Councillor Barnabas Chemase at a meeting in Eldoret

President Uhuru Kenyatta’s political advisor Joshua Kutuny has said he will quit his position so he can focus on reclaiming the Cherangany MP seat, which he lost in the March 4, 2013, general election.

He will face incumbent Wesley Korir, who ran as an independent but has now joined the Jubilee Party.