Her husband is being sought by police as the main suspect

• The family of the mother of one said they last saw their daughter when her husband picked her at her sister's home in Nyalenda on Saturday.

• Residents from Rabuor area where the couple lived said the suspect and the deceased had a bad fight on Saturday night before they mysteriously vanished. 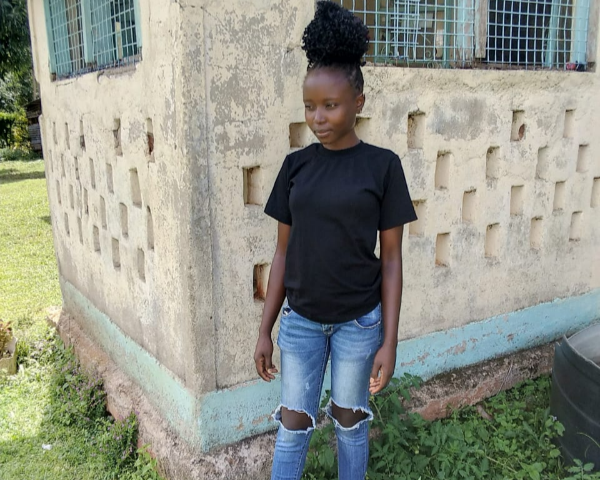 Police are investigating the murder of a 32-year-old woman who was killed under unclear circumstances in Kisumu county.

Police said they are trailing her husband who hails from Rabuor who they are treating as the key suspect.

"We are investigating the incident. The matter was being handled by officers from Maseno in Kisumu West subcounty but has since been transferred to Nyando subcounty," Kimanthi said.

Police suspect the deceased might have been killed over domestic squabbles.

The family of the mother of one said they last saw their daughter when her husband picked her at her sister's home in Nyalenda on Saturday.

"The husband picked her from my sister's place in Nyalenda and her child and my sister's child witnessed it. He used his salon car," Ajwang's brother Collins Ogugu said.

He revealed that after they left for their home in Rabuor on Saturday, they tried to reach them on the phone but they were all switched off.

"A day passed and we still could not reach them so we started being worried. We even called her husband's family at home to inquire about their whereabouts. His mother told us that they had not seen or heard from both of them; this was on Sunday around 9pm."

Ogugu said they filed a missing persons report at Rabuor police station as they embarked on a search mission across hospitals and morgues within Kisumu town.

"On Monday morning we found the body at the Jaramogi Oginga Odinga Teaching and Referral Hospital marked as unknown. One of our family members identified her," Ogugu old the Star.

He said that they were told the body of their sister was taken to the morgue on Sunday by police officers.

"Her husband is at large and nowhere to be seen. We want justice for our sister's death," Ogugu said.

Residents from Rabuor area where the couple lived said the suspect and the deceased had a bad fight on Saturday night before they mysteriously vanished.

Post a comment
WATCH: The latest videos from the Star
by FAITH MATETE Correspondent, Kisumu
Nyanza
20 January 2023 - 17:52
Read The E-Paper