Orders issued after resident accuses governor of failure to follow the law. 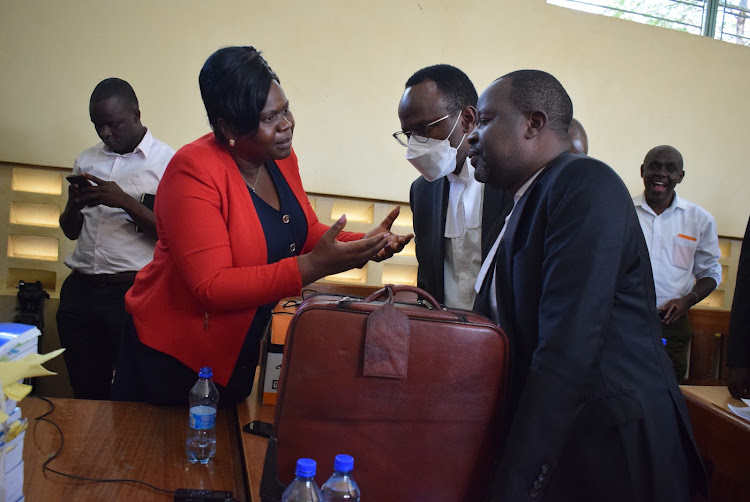 A court has issued an order stopping 11 appointees of Homa Bay Governor Gladys Wanga from accessing office until a case filed is heard and determined.

The court issued the order after Evans Oloo accused the governor of failure to follow the law before coming up with appointment of some officials who are supposed to work in her office.

Governor Wanga, on October 11, named her cabinet which comprises 11 officers including her Deputy Oyugi Magwanga.

She also appointed other people to work in different offices within the executive.

The Star columnist Okech Kendo was appointed as the climate change advisor.

Wanga further appointed liaison officers who will link her office to members of the public.

Others are Daniel Onyango, Thomas Nyonjem, Omondi Ayieko and Jared Omollo who work at the delivery unit.

In his petition, Oloo accused Wanga of ignoring legal procedures when making the appointments.

He claimed several constitutional provisions were violated when the appointments were made.

“Tax payer’s money is at risk of being spent to remunerate the appointees incorrectly hired,” Oloo said.

According to Oloo, the position of the advisors has not been provided for in the law or County Government Act hence the appointments are irregular.

He also said Homa Bay County Public Service Board whose mandate is to establish the offices and carry out recruitments was not involved in the process of appointment of the said officers.

Governor Wanga, the county government of Homa Bay, the county public service board and the county assembly are the first, second, third and fourth respondents respectively.

Salary and Remuneration Commission (SRC) is enjoined in the case as an interested party.

Says many of his supporters were forced to stay away from voting.
Counties
2 months ago

Homa Bay is among counties facing serious climate change risks like floods, drought and degradation of soil.
News
2 months ago
Post a comment
WATCH: The latest videos from the Star
by ROBERT OMOLLO
Nyanza
06 December 2022 - 14:20
Read The E-Paper