He said Raila has to be respected 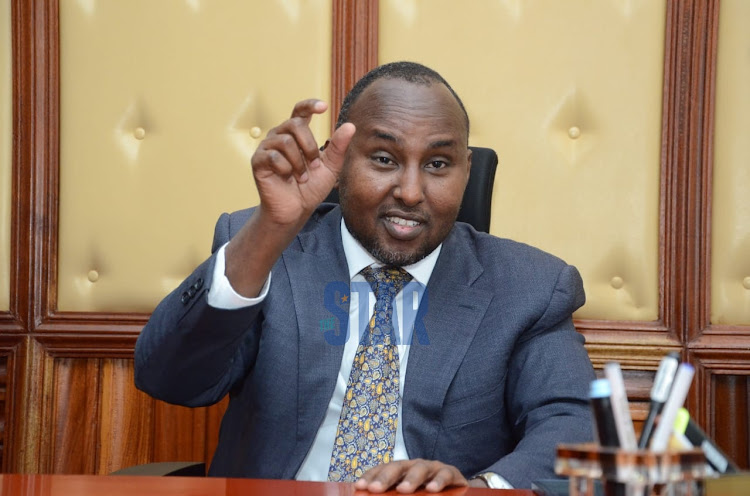 Leaders led by Suna East MP Junet Mohammed said it is unfortunate that politicians from the Luo community, especially those rejected by voters in the last poll, have been instructed by President William Ruto to insult Raila.

“We are in ODM and Azimio, and our leader is Raila. Anybody who has an alternative route is free to go, but Raila has to be respected,” Junet said.

He was speaking on Saturday when he attended the funeral of Charles Ogejo, former Migori mayor and his aide.

Ayacko said Luo leaders allied to Ruto come with a lorry of relief food and ask residents to join government.

"This is porojo as they are tarmacking for jobs. They should join first and leave us alone,” he said.

“As tax payers we need service delivery like all Kenyans, without leaders being attacked and insulted. What happened on Saturday in Migori and Homa Bay during food distribution is bad.”

"We will oppose everything you (Ruto) do wrong in Kenya. We are only afraid of God, bees and Raila,” he said.

During Ogejo’s funeral, leaders eulogised him as a man who was a mobiliser in Suna East when Junet was tied up in the national politics.

Ogejo’s wife Nominated MCA Rose Aoro and the deceased's brother Suna Central MCA Samuel Obrien said he was a benevolent dictator, who despite being tough was able to help many people on the ground.

He was the main campaigner for Junet, former Migori MP Owino Likowa and the current speaker.

Why was Muchelule sworn in at night? Junet questions

He said If that is clarified then Ruto is yet to capture the Judiciary.
News
2 months ago

Junet hits back at Ruto over IEBC four ouster

"The new order is the rule of law, not the wishes of big men."
News
2 months ago
Post a comment
WATCH: The latest videos from the Star
by MANUEL ODENY
Nyanza
05 December 2022 - 17:18
Read The E-Paper