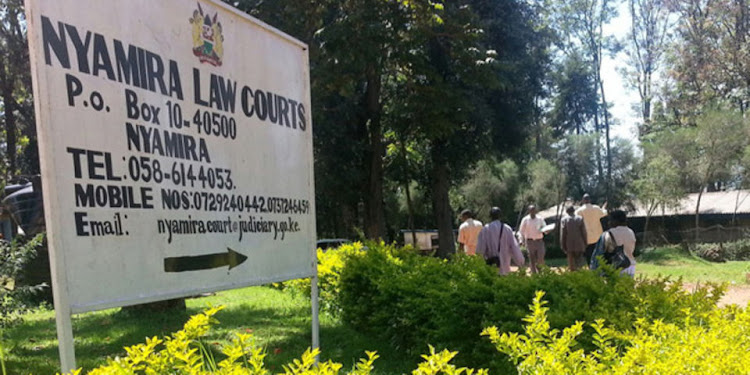 Nyamira law courts, where one of the suspects has already taken plea
Image: ALVIN RATEMO

Police in Nyamira have warned criminals committing daylight robbery saying they will be dealt with accordingly.

He called upon residents to report any suspicious gangs that may be a threat to security for action to be taken.

He said robbery cases had increased and police were doing everything to address the situation.

Makonge spoke at the Nyamira police station on Monday after one of the suspects took a plea at the Nyamira law courts after he was arrested over phone snatching and robbery with violence.

"It is worrying that some of these gangs are masquerading as police officers to steal from unsuspecting members of the public," Makonge said.

The police have urged victims of robbery to report to the police so that they can take appropriate action.

"In the past few weeks, we have had several criminal activities. Residents have been robbed, property stolen and injuries reported. We warn these groups that we are coming for them," Makonge said.

No Kenyan should lose his/her life in the hands of criminals, whether in the cities or in the remote areas.
Opinion
1 week ago

They want more resources and politicians to stop bashing their operations
News
2 weeks ago
Post a comment
WATCH: The latest videos from the Star
by ALVIN RATEMO Correspondent, Nyamira
Nyanza
22 November 2022 - 12:21
Read The E-Paper