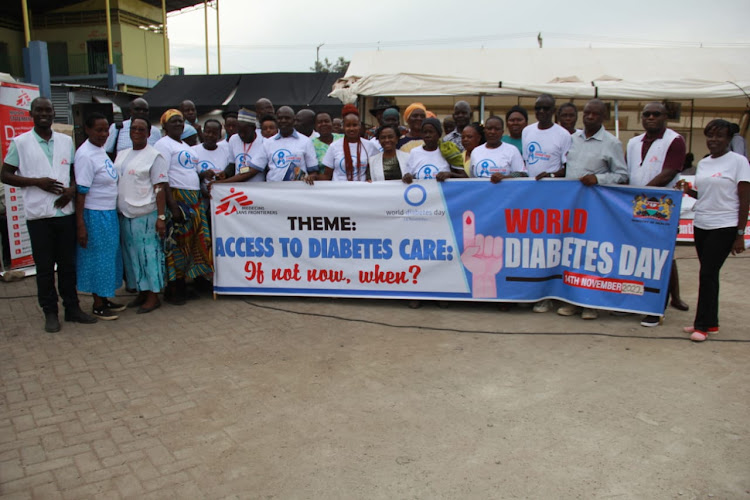 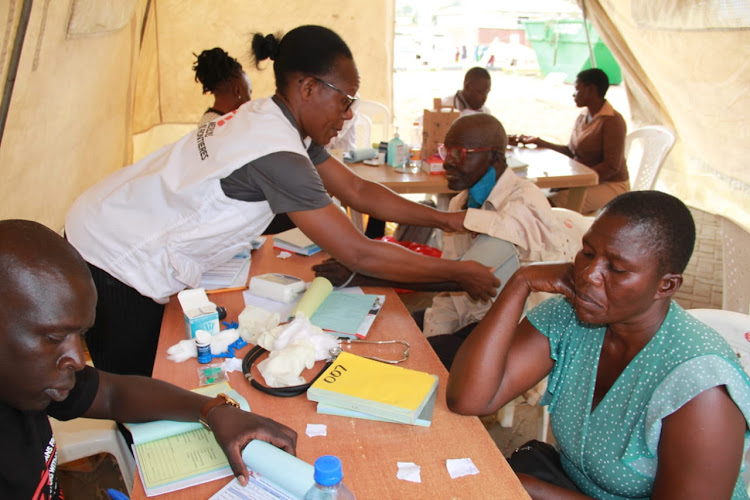 Many patients who have contracted diabetes confess that they started by frequently peeing and loss of weight within a short time.

Diabetes is a disease that occurs when the body fails to produce or respond to the hormone insulin.

This causes an abnormal metabolism of carbohydrates and elevated levels of glucose in the blood.

Leonard Onyango experienced symptoms such as involuntary urination and speedy loss of weight in 2010 before he was diagnosed with diabetes.

The 75-year-old man said he experienced fatigue and became weak and was not able to walk with ease, even in his home compound.

“A medic tested my blood sugar level and found it at 32mg/dL. I had started developing blurred vision as my health conditions continued to deteriorate before accepting to enroll for drugs,” Onyango said.

Onyango is among the patients and residents in Homa Bay who attended this year’s World Diabetes Day at Homa Bay town market on Monday.

“We appeal for the government to make drugs for managing diabetes accessible and free just like that of Anti-Retrovirals (ARVs) . This will help many patients,” he added.

Antony Osinyo,27, agrees with Onyango, saying he contracted the disease when he was 19 years old.

Osiyo in his testimony said the disease does not consider someone’s age.

He was diagnosed with diabetes insipidus, a rare condition of the disease, where patients pee a lot and often feel thirsty.

Zipla Aoko, 70, is also suffering from the same type of diabetes.

The other type of the disease is diabetes mellitus that affects how the body uses blood sugar (glucose).

Osinyo said he is using an injection drugs to manage the disease.

“Many people misconstrued my loss of weight with being HIV positive. I was urinating a lot as my body skin turned pale yellow,” Osinyo said.

During the celebrations, health experts urged residents to go for medical check-ups as they warned that late diagnosis of non-communicable diseases can cause death easily.

They singled out diabetes as one of the non-communicable and chronic disease which affects people without their knowledge.

Causes of diabetes include genetic factors and lifestyle in which people who are overweight are susceptible to contracting the disease.

Failure to detect the disease early can cause difficulty in management. 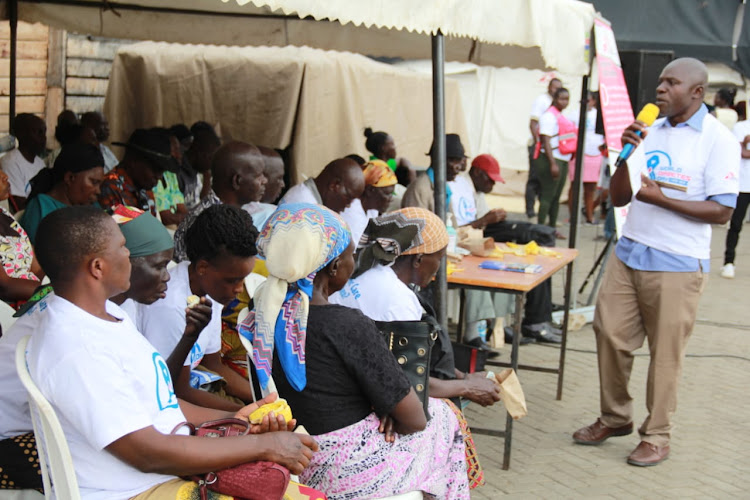 The medics want residents to seek screening of diabetes.

Emetole said early diagnosis enables detection of the disease before it overwhelms a patient.

“Let people to go for diabetes screening to enable them know whether they have it or not. Management of the condition becomes easier if the disease is identified at an early stage,” the medic said.

Emetole said MSF is supporting a number of diabetes patients in various health facilities in Homa Bay to improve their health.

The organisation is operating clinics in Nyalkinyi, Marindi and Homa Bay County Teaching and Referral Hospital.

Residents are also sensitised on nutrition.

“Diabetes is one of the neglected diseases but is dangerous too if not taken care of well. We are supporting the patients, but there is still need for support from other stakeholders,” he added.

Okach said they continue to sensitise residents on how to manage diabetes.

In each of the health centres, they have more than 200 patients undertaking medication.

“We undertake screen in various health facilities. All we want is that residents go for screening,” Okach said.

Only 40 per cent of diabetic Kenyans are currently on treatment

What it feels being diagnosed with diabetes at young age

Youngman narrates his experience
News
3 weeks ago
Post a comment
WATCH: The latest videos from the Star
by ROBERT OMOLLO
Nyanza
15 November 2022 - 22:00
Read The E-Paper