Say they were provided with low quality seed and lacked pesticides

• Research also revealed that the soil type in Homa Bay does not support the growth of the seeds they received this year. 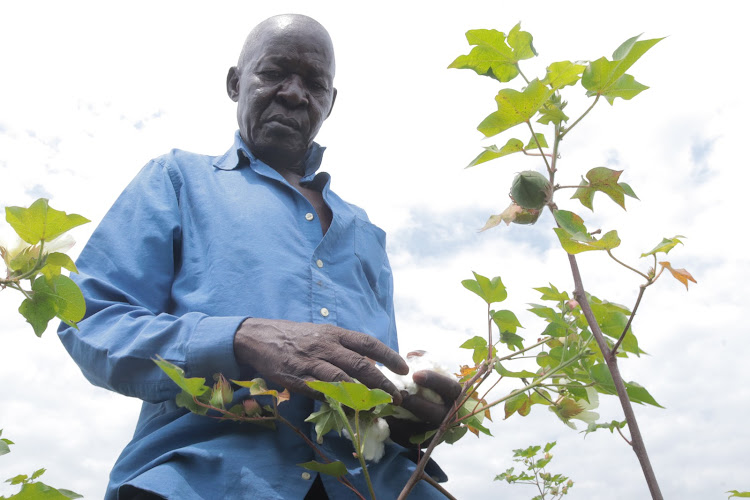 Homa Bay cotton farmers have expressed concerns over low yield due to low quality seeds they used and lack of pesticides.

Homa Bay County Cotton Cooperative Union secretary Apiyo Oloo on Tuesday said they got seeds that are not fit for production.

Oloo who spoke to journalists at his Angalo farm in Homa Bay Town constituency said they must have got seeds which do not belong to them.

The seeds are characterised by late maturity and stunted growth.

Oloo said they are likely to realise low production due to poor seeds and lack of pesticides.

He said agricultural experts told them the seeds they were provided with were not of good quality.

“It’s unfortunate we’re going to have low production of cotton because of the seeds planted. The climatic condition of this area does not favour the growth of the crop due to the seeds we got,” Oloo said.

Research also revealed that the soil type in Homa Bay does not support the growth of the seeds they received this year.

The farmer expects to get between 500 to 600kgs of cotton during harvest by the end of this year.

“Previously, the same farm produced 1,500kgs of cotton. We expect not to repeat the same mistake in the next season,” he said. 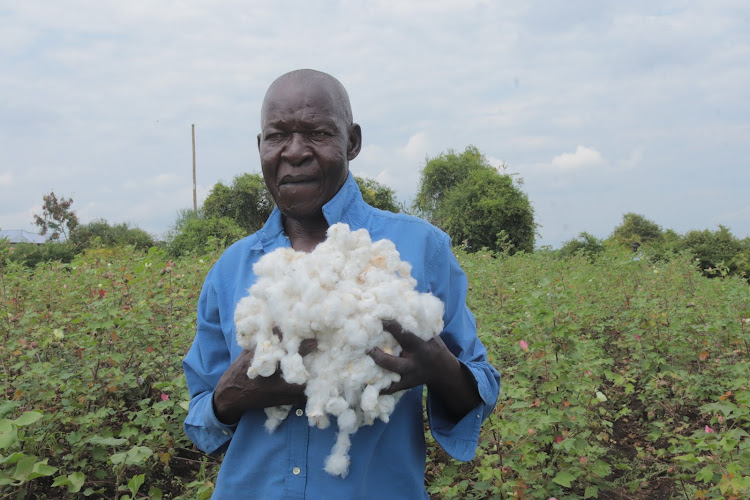 Oloo is not the only farmer who is likely to be affected by low yield.

A few metres from his farm is Julius Ouma's farm where crops are equally having stunted growth.

“I’m among the farmers affected. Let the county government come in and help us get good quality seeds,” Ouma said.

The farmers want the county government to ensure better seeds are provided to the farmers.

At least 4,000 people are engaged in growing cotton crop in Homa Bay.

Oloo says some farmers are likely to abandon the crop due to losses.

“A number of farmers applied for pesticide from the county government but this did not see the light of day,” he said.

The farmers said this has led to some crops failing due to pest attacks.

“Our main concern is that the crop does not fully help our people. Establishing a ginnery in the county will not only provide a ready market but also employ our people,” they said.

Homa Bay Agriculture chief officer Samuel Owigo said they failed to supply the farmers with pesticides due to lack funds.

He said they are working on ways of making farmers to be self reliant and not depend on support from the government.

Homa Bay is one of the cotton growing counties, producing the best quality.

Cotton, a major cash crop in the 1990s led to growth of towns like Kendu Bay, Homa Bay and Mbita. Some ginneries were also established.

There have been plans to revive cotton production in Homa Bay as the county government has been providing inputs to support its growth.

She also promised to partner with Rivatex to get market for the crop.

The farmers say a local miller who promised to deliver pesticides was yet to honour the pledge.
Counties
2 weeks ago

Rivatex below capacity due to cotton shortage, despite Sh7 billion infusion for revival

It can move an economy into middle-income status
Opinion
3 months ago
Post a comment
WATCH: The latest videos from the Star
by ROBERT OMOLLO
Nyanza
14 September 2022 - 22:00
Read The E-Paper