•Caroli emerged the winner after getting 25,805 votes. Stephen Sangira who ran as an independent candidate came second after getting 14,396 votes.

•Other candidates Julius Opala and Omedo Misama got 187 and 161 votes respectively. 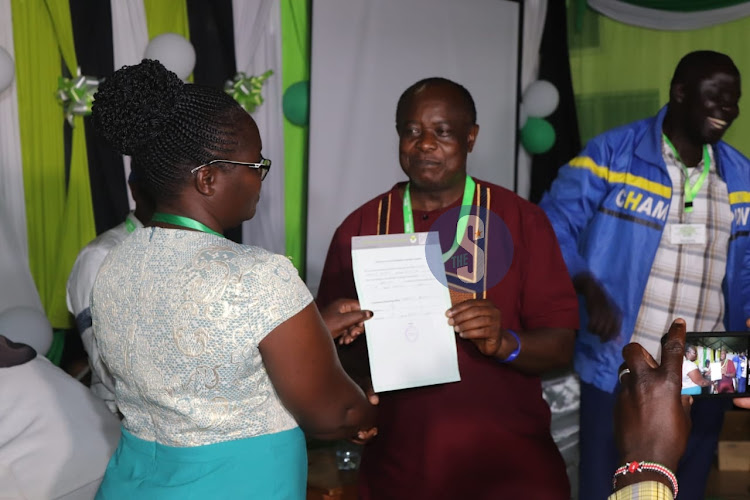 ODM is headed for a big win in all eight parliamentary seats in Homa Bay after four candidates of the party were declared winners.

Caroli emerged the winner after getting 25,805 votes. Stephen Sangira who ran as an independent candidate came second after getting 14,396 votes.

Other candidates Julius Opala and Omedo Misama got 187 and 161 votes respectively.

Caroli is making his debut in the National Assembly after trying three times but being defeated by Mbadi.

"I thank the people of Suba South for the honour they have done to me. I will diligently work for them to ensure we take the constituency to greater heights of development," Caroli said.

Suba South has 54,839 registered voters. The same happiness engulfed the face of Millie Odhiambo who made her third time come back to parliament.

Akali who sought the seat on the Federal Party of Kenya ticket got 18,151 votes.

Onyango thanked the politicians for maintaining peace during campaigns.

"The people of Ndhiwa have proven their solidarity with the ODM party. We're going to embark on our development agenda," Owino said.

Ndhiwa has 96,734 registered voters. Kasipul MP Were promised to continue undertaking development projects in the constituency after a landslide win of 40,210 votes defeating the other 11 candidates who included Grace Okinda and George Otieno.

They were leading in the provisional results in their respective constituencies.

Their wins indicate that ODM is still a strong party in Homa Bay.

She will now serve for the third time as Suba North MP.
News
1 month ago