Raila heads to Kisumu to consolidate votes for his bid

•He is expected to be accompanied by senior political leaders from across the country.

•His allies are jostling to be publicly endorsed in what they perceive will sway voters to support their bid. 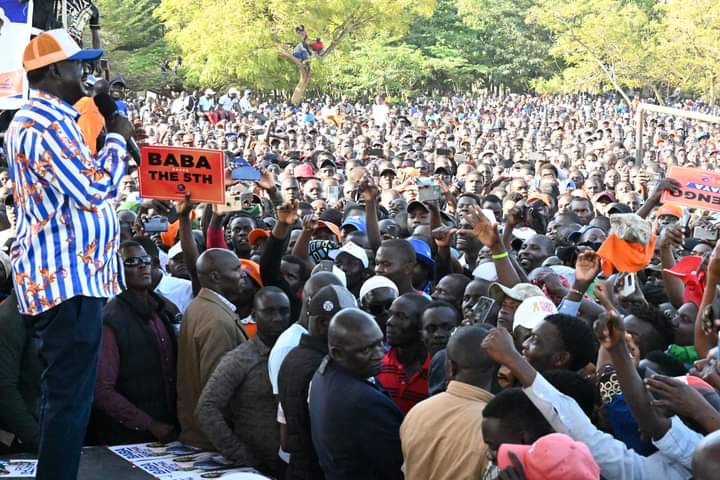 The rally comes barely two days to the end of the official campaign period, with Raila targeting to consolidate votes from his backyard for his presidential bid.

He is expected to be accompanied by senior political leaders from across the country.

His allies are jostling to be publicly endorsed in what they perceive will sway voters to support their bid.

The preparations are in top gear at the Jomo Kenyatta International Stadium where the rally will be held.

Leaders from Kisumu are not leaving anything to chance as they were focusing on mobilising support to attend the rally.

Kisumu Governor Anyang' Nyong’o has rallied Raila supporters to turn up in large numbers to attend the rally which will be significant for his presidential bid.

“Our supporters should attend the rally and listen to Raila and Karua who are set to form the next government,” Nyong’o said

He called upon candidates and their supporters to embrace political tolerance and peace during the rally devoid of any form of violence.

“We have enjoyed peace and that should continue to ensure that all votes are consolidated in one basket for Raila to win the presidency,” Nyong’o said.

Nyong’o who is defending his seat on an ODM ticket said that only Raila and Karua would bring the transformative government that Kenyans have yearned for.

Kisumu Senator Fred Outa said all leaders should mobilise supporters from their regions instead of engaging in cheap propaganda against other leaders.

He said Raila needs all supporters irrespective of other political parties and independent candidates to win the presidency.

Outa dismissed claims that he was planning to disrupt the rally terming the allegation as baseless by those who have panicked.

Raila is expected to endorse ODM nominees for various positions in the county, some of who are facing stiff competition from parties within Azimio and independent candidates.

Kisumu Central ODM candidate Joshua Oron is facing stiff competition from the incumbent MP Fred Ouda who is defending his seat as an independent candidate.

Shakeel, who is serving a third term, will defend his seat on an independent ticket. 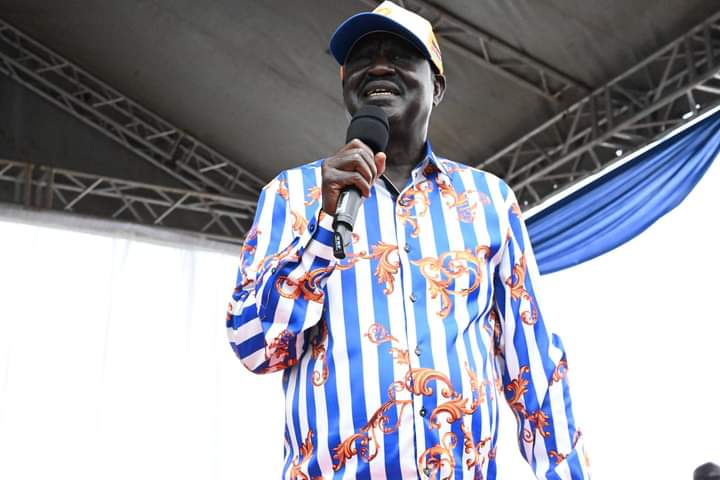 Raila campaigns in Kisii as Ruto returns to Nyeri, Murang'a

All presidential aspirants are in their final rounds of campaigns with 6 days left to August 9.
News
1 week ago

The Abagusii elders endorsed Raila for the presidency.
InPictures
1 week ago

They are in frenetic branding spree to woo voters.
News
1 week ago
“WATCH: The latest videos from the Star”
by FAITH MATETE AND MAURICE ALAL
Nyanza
03 August 2022 - 23:00