Better days ahead as Migori fishermen get Sh140m processor

Plant is a huge relief for fishermen who will do value addition and access cold storage facilities. 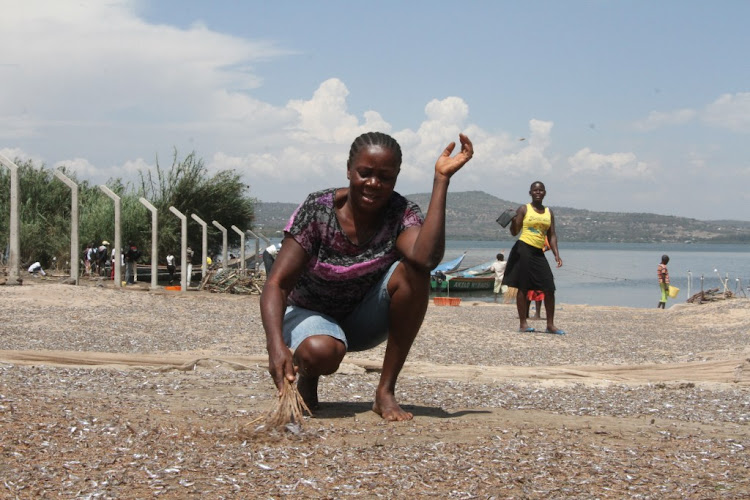 Fishermen in Migori will benefit from a Sh140 million processing plant at Sori Bay along Lake Victoria.

The plant is a huge relief for fishermen who will do value addition to their fish and access cold storage facilities for the highly perishable product.

Speaking while launching the facility on Sunday, Nyatike MP Tom Odege said the plant will cushion fishermen from perennial exploitation by middlemen.

Odege said the facility will also boost the prices of fish in this region.

“In the past, fishermen used to sell their fish at throwaway prices due to fear that they would go bad. Here they will be able to store the fish and sell at a fair price and get a profit,” Odege said.

Currently, a middle-sized fish at the lake goes for between Sh150-200, prices which are mostly dictated by middlemen.

Once the plant is completed, Migori fishermen will have an opportunity to dictate the price of the commodity and maximise profits out of their marine activities to revive the dwindling economy of beachfronts.

The legislator at the same time asked the government to find an amicable solution to the disputes between the Kenya and Uganda fishermen.

Odege said if the issue is not solved anytime soon it will be difficult for both countries to enjoy the resources of Lake Victoria.

Kevin Odoyo, a fisherman, said they have been getting peanuts from their catch as middlemen got the most profit.

“We will now be able to stock fish for longer and be able to sell in bulk even to those who are far off,” Odoyo said.

Kachieng MCA candidate Steve Ogony said the factory will create job opportunities and revive the fishing industry in the county, which has been on the verge of collapse.

The fishing community requested that, besides the processing plant, they should be provided with fish drying equipment for omena.