'NOT FOR INDIVIDUALS BENEFIT'

• Omari also wants him to promise the community more positions in government.

• West Mugirango MP candidate Stephen Mogaka said the next regime should ensure the positions held by people from the region in the current government are intact. 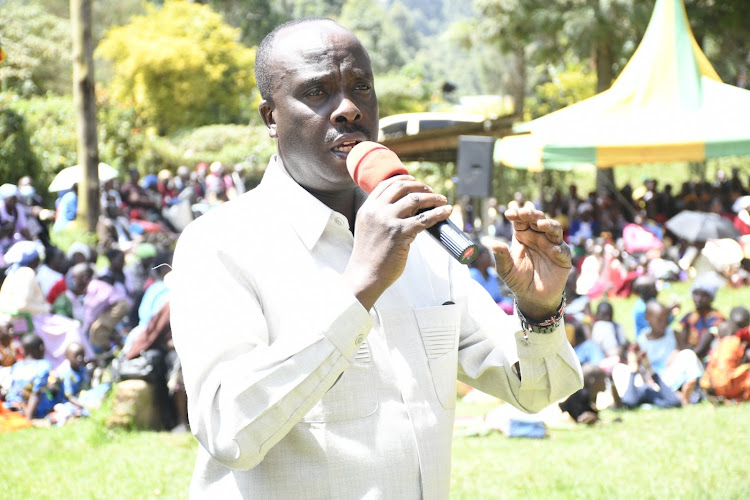 Azimio presidential candidate Raila Odinga has been urged to declare the Abagusii community's stake in his government if he wins.

Lawyer Danstan Omari said on Sunday that either political coalition should tell each region what their share will be in the next regime.

“Our region is supporting Raila's presidency bid and he needs to tell us what he has for our region,” he told journalists in Nyamira.

Omari said the region will not support presidential candidates blindly without being told how they will benefit from the next government.

“The demand that we are giving is not for the benefit of individuals but for the betterment of our region,” he said.

Omari wants Raila to promise that Interior CS Fred Matiang’i will retain his position if he wins the presidency next month. He also wants him to promise the community more positions in government.

Omari said although the current government has given the region several posts such as that of the Solicitor General and the Controller of Budget, the next regime should allocate fresh posts.

“We are not denying that we have positions in government, but we want to remain in the next government. That is why we want Raila to publicly declare the positions we will have in his government,” Omari said.

He spoke a day after Raila concluded his tour of the Gusii region.

West Mugirango MP candidate Stephen Mogaka said the next regime should ensure the positions held by people from the region in the current government are intact.

“We do not have any problem with what we have now, what we are calling for is that we retain the positions we have because we have been loyal to the current government,” he said.

Take my bid seriously and vote for me, Raila tells Nyanza

He said some residents were still reluctant and doubting whether he would win.
News
1 month ago

Gisairo say the party will capture the seats of governor, woman representative, senator and MCAs.
Counties
1 month ago
“WATCH: The latest videos from the Star”
by ALVIN RATEMO Correspondent, Nyamira
Nyanza
05 July 2022 - 22:00