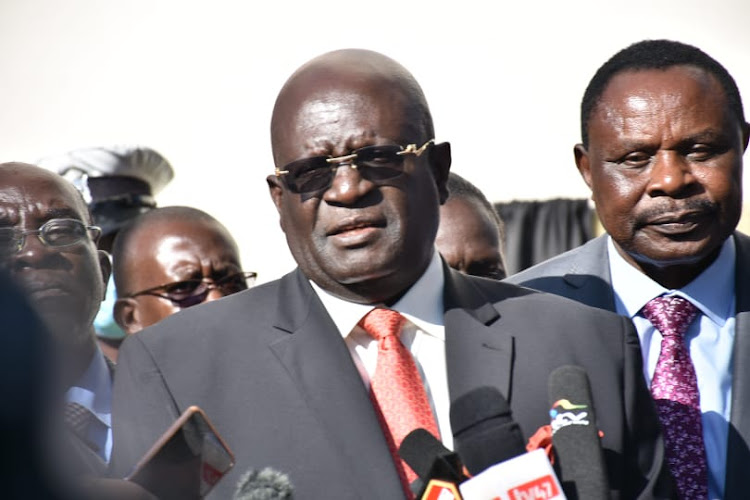 Education CS George Magoha has urged the political  class to stop politicising the implementation of the competence based Curriculum, (CBC).

Magoha stressed that CBC is the future but constant politics surrounding it's implementation is scaring parents and other stakeholders in the sector.

“CBC is here to stay. And if in future you want to change it, you must give us a credible alternative,” he said.

“I want to plead with politicians that it’s good to play politics. Its your league and professions, but at least leave the children out of it.”

Magoha was speaking in Kisumu on Saturday when he visited private schools to assess preparedness in implementing CBC at Junior Secondary School level.

“I have been working not less than 14 hours a day on CBC and it’s not about the money but the kids," Magoha said.

Magoha noted that public schools have done extremely and they are at 98 per cent completion of the required CBC classrooms.

He said the government is set to roll out the second phase of construction of CBC classrooms in public schools by next week.

He said by the end of August, as directed by President Uhuru Kenyatta, they will have completed the construction of 10,000 CBC classrooms countrywide.

Magoha said grade six examination are ready and they will give more details on pupils' transitions.

While inspecting classrooms at Mudasa Academy and Golden Elites in Kisumu, Magoha said 1,200 classrooms have so far been constructed by private schools nationally. 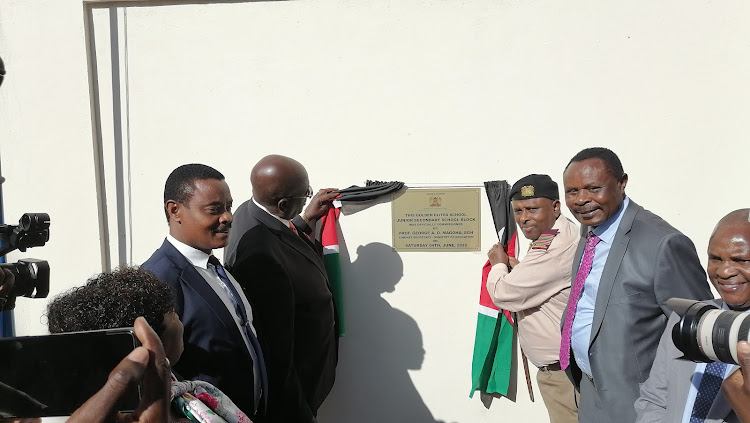 He pointed out that private schools play a key role in implementation of the CBC and urged them to invest more in infrastructure.

Magoha said according to Kenya Private Schools Association national chairman Charles Ochome, they plan to construct 5,000 more classrooms by July out of their targeted 10,000 by end of the year.

At Golden Elites schools, an ultramodern four-storied junior secondary school with eight classrooms has been constructed.

Ochome, who is also the Golden Elites schools director, said plans are underway to construct two more buildings in the school.

In Mudasa Academy, the construction of ultramodern classrooms is ongoing.

Director George Mudanyi said they are prepared for CBC implementation. 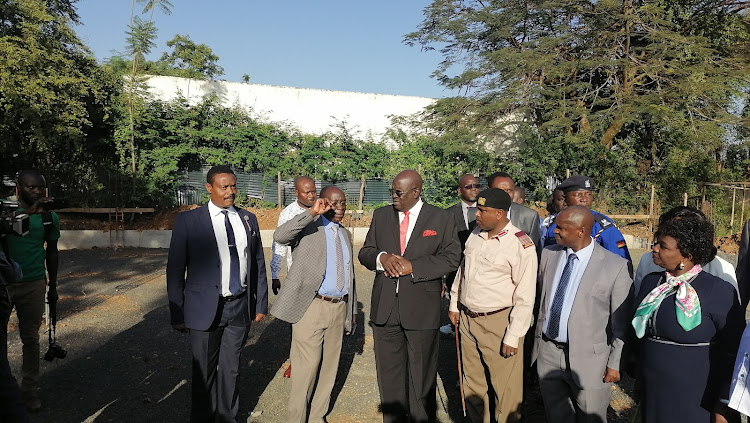 Magoha said 1,200 classrooms have so far been constructed by private schools nationally.
News
5 months ago