Seven people have been attacked in the last three days, a woman killed

• Residents accused police officers in the area of laxity and inaction.

• They said they were no longer safe when walking in the area, especially in the evening. 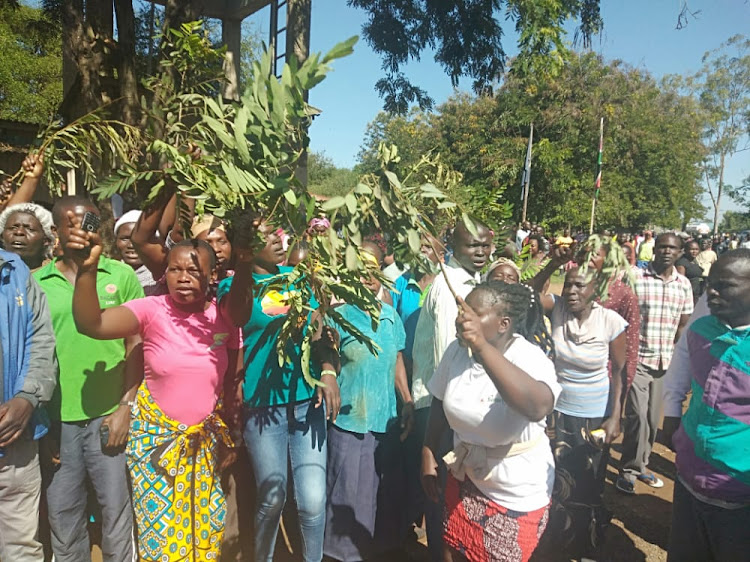 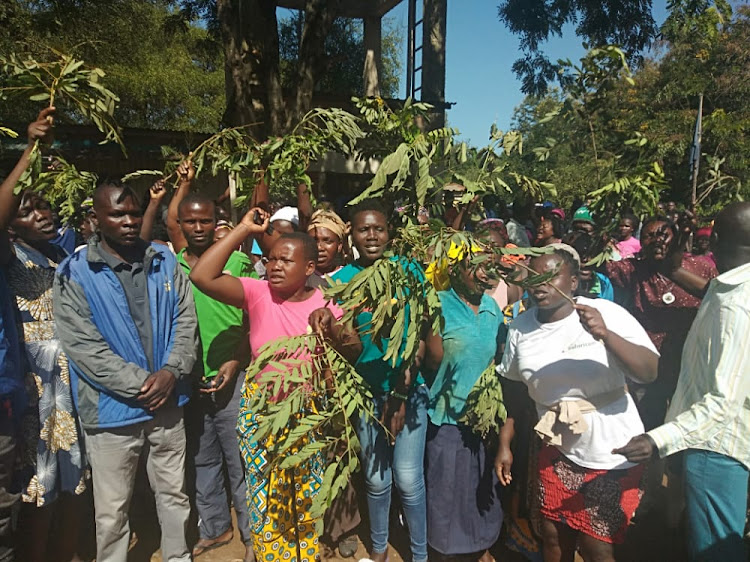 Rabuor residents in Kisumu county on Tuesday protested against increased security in the area.

Residents accused police officers in the area of laxity and inaction.

They said they were no longer safe when walking in the area, especially in the evening.

“It’s very unfortunate that even by 7pm we have people being attacked within Kadibo and nothing is being done,” a resident said.

In the last three days, seven people have been attacked.

An elderly woman was killed in the area on Monday night.

"Today, we have to know if the police are here to protect us when we are dead or to protect us now that we are alive," Mary Awino said.

Evan Odhiambo said he was attacked outside his gate while making a phone call.

He said he saw two people on a motorbike and thought they were just passing since his home is next to the road, but when they reached where he was, they hit him on the head using a panga.

Odhiambo said when he fell down, they hit him again. When he saw they were determined to continue attacking him, he pretended he was unconscious.

“I pretended to be unconscious so they would leave me. I was afraid they were going to kill me. They ransacked my pockets and took with them the little money I had and my phone,” he said.

Resident Esther Achieng said no action is being taken by police despite the attacks and killings in the area.

“If it's cases of alcohol, the police are quick to arrest people within the villages as issues of insecurity continues,” she said.

Deputy county commisioner Angeline Were said investigations into the matter are ongoing and action will be taken against the culprits.

She, however, noted that some of the suspects were known to residents.

“We are meant to understand that some of them come from outside Kadibo area but have strong links within. But we will ensure they are brought in to face the law”.

The thug was part of a five-man gang that had robbed an iron sheet factory in Kisumu.
News
1 week ago
“WATCH: The latest videos from the Star”
by FAITH MATETE Correspondent, Kisumu
Nyanza
11 May 2022 - 22:00