Obado, who broke with ODM, already is learning toward Ruto's UDA party

• Now the pressure is really own to abandon the 'village party' PDP and go for an outfit with a national vision, UDA. 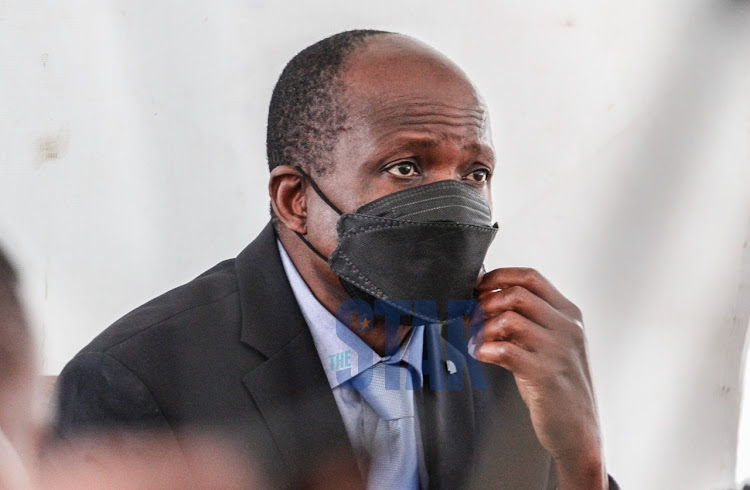 Obado was elected for his second term on the Orange Democratic Movement ticket. But he has decamped to the People's Democratic Party  and has hosted Ruto in the county on two occasions. Ruto says he will run for president on the UDA ticket.

Obado had earlier declared he would run for president on the PDP ticket when his two terms end in 2022 but has turned out to be a cheerleader for a Ruto presidency.

Kuria West MP Mathias Robi, close Ruto ally, said they have already approached Obado to drop his PDP party, which he termed a "village party," and join UDA which has a national outlook.

“We have seen tension around aspirants' and delegates' lists, around seats and mobilisation. We know apart from a few supporters in sections of Migori, PDP lacks a national outlook.

"We are working on all Tangatanga forces to join UDA in Nyanza," Robi said.

Speaking to the Star over the phone, Robi said during the recent Nyanza tour by Ruto, UDA mobilisers brought together aspirants and potential candidates across all seats from ward, national and county levels — far more than PDP.

“We have aspirants and candidates in Luo Nyanza and we are even facing nomination headaches. UDA will contest seats where PDA doesn't even have a candidate," he said.

"To push through, we need to focus on one group," Robi said.

Already, Obado’s second in command, Deputy Governor Mwita Mahanga, has said he is firmly in the ODM party. He said his boss can exercise his individual right of association to join Tangatanga but that doesn't mean his supporters will tag along.

On Friday, Obado’s closest ally, county secretary Christopher Rusana, officially announced he will seek the governorship on the ODM ticket. His move follows that of energy executive Rebecca Maroa who will vie for the same seat on the UDA ticket.

“I will move across the county and ensure Raila gets at least 98 per cent of the votes. I needed endorsement from my Suna base that I will use to campaign in each corner of the county,” Rusana said during the launch in Migori town on Friday.

'We have the party that will bring change across all tribes in Kenya' - Ruto.
Counties
2 months ago

DP to pitch tent in KIsumu, MIgori and Homa Bay in daring campaign targeting youth and women.
News
2 months ago

Immediate former Awendo MP Jared Kopiyo, who was appointed the County Public Service Board chairman by Obado, has also picked UDA as his preferred ticket for the MP race.

Politicians and aspirants allied to the Ruto-linked UDA have clashed in public and private with Obado’s People Democratic Party over aspirants and delegates' lists.

Migori governor hopeful Jane Moronge of UDA has said Ruto's itinerary and campaigns in Nyanza have been hijacked by Obado and his close allies. She said they will not tolerate the hijackings.

“We are being sidelined as UDA delegates in Migori. It laughable that Obado, despite declaring his quest for the presidency on the PDP ticket, has not organised his own rallies nor campaigned anywhere past his Uriri village,” Moronge said in past interview.

However, they plan to run for governor and Awendo MP seats respectively on UDA, not PDP tickets.

Other executives and close Obado allies who have also declared they will run for seats in Migori are yet to publicly rally around the PDP party.

Elders break with tradition that shuns endorsement of women for seats.
Counties
2 months ago

DP to preside over church fundraiser before a meet-the-people tour of Awendo town.
News
3 months ago
by STAR REPORTER The Star
Nyanza
29 November 2021 - 07:20